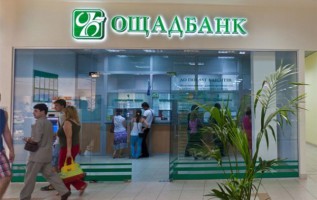 State Savings Bank of Ukraine has filed a lawsuit against Sberbank of Russia for copyright infringement.Oschadbank insists on the illegality renaming of Ukrainian “daughter” of the Sberbank of Russia in Sberbank and alleges a violation of their intellectual property rights.

The suit in the Economic Court of Kiev was filed in January,  15. The representatives of Oshchadbank said  that Sberbank of Russia illegally uses the trademark.

“We consider unacceptable the attempts of Sberbank of Russia in such a way to hide the country of origin of the share capital,” – said the Chairman of the Board of Oschadbank Andrey Pyshnyi. All this, according to his words, the corresponding impact on customer behavior and may mislead them. Earlier the structure of Sberbank of Russia was renamed into Sberbank.

Oschadbank insists that they are the only rightful owner of the trademark “Sberbank” in Ukraine (Certificate ?82116 from September 10, 2007). So renaming the Sberbank of Russia was illegal.

“Since Soviet times, a certain number of consumers still call Oschadbank as a Sberbank. We cannot ignore and do not respect the interests of these people that Sberbank’s illegal acts can be misled,” – said the head of the Oschadbank, Andrey Pyshnyi.

Recall, Sberbank of Russia  was founded in 2001. According to the National Bank of Ukraine, on October 1, 2015 by total assets Bank ranked fifth (53.75 billion USD), among 123 operating banks in the country.

Bayer sells the part of its business

Bayer AG  is going to sell the part of its business  in biotechnologies and productions of cotton  spheres. It is concerned the Crop Science  subsidiary Company. According to Liman Kondon, the company chairman, this industry sphere is money-making.  There is no reason in  finding buyers  to Buyer. The decision was concluded by a pressure of […]

US pharmaceutical giant Pfizer will open a new hub in Greece

American Pfizer is one of the world’s largest pharmaceutical companies. Greek government spokesman Stelios Petsas stated it’s expanding its presence in Greece, creating 600 workplaces. Pfizer’s chairman is Greek Albert Burla. In recent months, the company has been developing a vaccine against coronavirus. A company hub opens in Thessaloniki. “Greece is attracting big investment and […]

The Cabinet of Ministers denied the statement about toll roads

Infrastructure Minister Oleksandr Kubrak denied his deputy Anna Yurchenko’s statement about toll roads in Ukraine. The day before, she said that six such roads are planned to be built in Ukraine and called the estimated cost of travel on them. “I will explain why this information is not true, and what is really happening,” Kubrak […]