Odessa investors will invest $ 20,000 in the Ukrainian startup Luciding 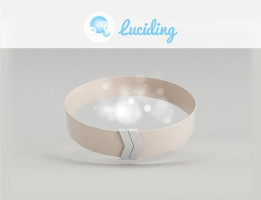 One of the most mysterious Ukrainian startups – the device developer to lucid dreamings Luciding – attracted new investments. This time the startup was financed by the iQSpace, for whom this was the first deal. The Luciding will receive in general  about  $ 20 000, and at this moment they received the first tranche – the half of that amount.

Today the team of the startup includes 12 people. As iQSpace said to the AIN.UA, for two years of work, the startup Luciding developed 10 versions of gadgets, and after that assembled the device on its own production line. Today, they are tested in Ukraine, Estonia and Russia.

As reported in the accelerator, before the deal, investors have analyzed the reasons because of which the project developed slowly, and put a condition: to focus exclusively on the production and technical issues. As a part of the deal, it is planned two tranches of $ 10 000. The first one Luciding received on April, 4 and to obtain a second, the team will have to get a European certification of devices, and the first 100 of customers. Investors also put the goal to the team – to start the commercial production within three months.

The team received their  first investments in 2014, from another Odessa incubator WannaBiz, which was redeveloped into an investment fund last year. That time Luciding received $ 15 000. By the way, the CEO of the iQSpace Vadim Rogowski became the CEO of the WannaBiz. In addition to the money from the accelerator, in 2015, the team has attracted an additional $ 35,000 from the investor from 500 Startups of Javier Vazquez and $ 20,000 from one of the first Google’s employee Jack Levin on the terms of a convertible loan.

Kiev plans to build the airport for the drones

Kyiv intends to build the airfield for unmanned aerial vehicles in five years. This was stated by the head of the All-Ukrainian Federation of Drone Owners Taras Troiak, said in the message from the National League of Transport Business on the Facebook. “We have the Quadroport project that we want to implement in Kyiv. It […]

The American company SpaceX will launch the first Starship spacecraft into Earth orbit, most likely in 2021. It said its founder Elon Musk, speaking at a video conference on the problem of human flight to Mars, according to TASS on Tuesday, September 1. Mask was asked when the first test flight of Starship into orbit […]

Fintech company Ant Group, a division of the Chinese Internet company Alibaba, plans to hold an initial public offering (IPO) on the Hong Kong Stock Exchange this year. This could become one of the largest IPOs in the world in 2020, according to Reuters citing sources aware of the situation. According to one of the […]

Ukraine is preparing an order for An-74 aircraft