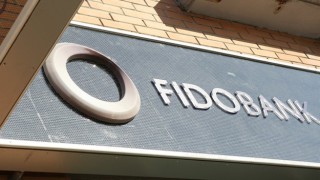 The foreign investor will enter the capital of the combined bank. The owner and the Chairman of the Board of the Fidobank, and the shareholder of the Eurobank (both – Kiev), Alexander Adarich plans to consolidate its banking assets by combining the two banks, as well as attract foreign investors.

“Based on the National Bank of Ukraine recommendations on banking sector consolidation, it has been developing  a strategic plan for the development of the bank on the basis of the combined Fidobank and Eurobank. Besides, we have enlisted the help of the foreign investor, who  confirmed the readiness to enter the Ukrainian market, and enter the capital of the combined bank. Now we expect the official approval of the plan and the relevant agreements on foreign investment by the regulator “, – said Adarich.

According to him, the combined bank will be the innovative universal bank for corporate and private clients. Best practices, innovative products and services of the both banks will be used under the combining.

“Our concern is the creation of the innovative universal bank for corporate and private clients. The foreign investor will provide the additional funding, which will allow the bank to actively lend the real economy and to provide quality service to private clients”, – says Alexander Adarich about the prospects for further development of the bank.

Wary of exceptional access of representatives of China to the latest European technologies, growing business activity and superiority in the competitive strengths of the Celestial Empire, EU representatives propose to establish total regulation, namely The European Commission believes that it should act as a regulator now and tightly control all transactions of the M & […]

The new Ukrainian low-cost carrier Bees Airline registered its first two aircraft in Ukraine – a Boeing 737-800. “This is a Boeing 737-800 with flight numbers of the Ukrainian register UR-UBA and UR-UBB. The State Aviation Service issued registration certificates for them on February 22 and 23, 2021,” the statement reads. It is noted that […]

The Antimonopoly Committee gave the permission to the Nova Trade LTD Baileys company for the  acquisition of more than 50% stake of the company “Kvass Beverages”, which is the part of the Coca-Cola Company Group. This is said in a statement of the regulator. The “Kvass Beverages”Company from Zaporizhzhya  produces kvass of live fermentation under  “Yarilo” […]

UAE is interested in cooperation with the Ukrainian agrarian enterprises

The other day, was held a working meeting of representatives of the Ministry of Agrarian Policy and Food of Ukraine and the State Veterinary and Phytosanitary Service of Ukraine together with the Ministry of Environment and Water of the United Arab Emirates. UAE experts arrived in Ukraine for the inspection of domestic enterprises producing poultry […]

Press service of the international financial group VTB-Ukraine has confirmed the information about the planned sale of BM Bank. According to the official statement of the company, approval of decisions on the operation are going to realize till the 1 of March 2017 year. It is also worth noting that potential investors have already received […]