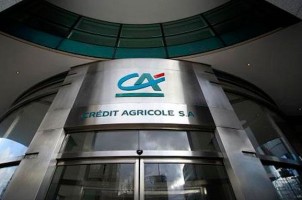 Division of a major bank in Switzerland will pay to the USA government a fine of   $ 99 million to settle the case to the complicity of American citizens in tax evasion, – reports The Wall Street Journal.

In its defense, the bank’s representatives said that their establishment has never been support those who violated tax laws. But at the same time, they added that some customers of the bank can provide them with incomplete information about their citizenship and liabilities in the tax area. Therefore, the bank could simply be ignorant fully about  those customers and could not speculate about how truthful was the provided information.

The amount to pay a fine allocated of bank reserves, and this will not affect its financial condition, say the representatives of the bank.

After the incident, the USA  Justice Department started an inquiry of other financial institutions operating in Switzerland, and some of them have also been fined for fraud in the field of tax legislation.

It is not the first time when the French bank Credit Agricole  is penalized  by the United States government. In the autumn of 2015, the Bank has been accused by the government of America that  it had violated the sanctions provisions, namely illegally transfer money to the Iranian and Sudanese accounts (which are under USA sanctions) by the Credit Agricole branch offices in the United States. Then, the bank had to pay a fine of $ 800 million in order to settle that case. Recognition of the fault in this case helped the bank to avoid a criminal responsibility and to manage only cash payments.

Investors will build a plant for processing oil in Sumy region

Investors will build a plant  for processing oil in Sumy region. This was discussed during the meeting of the regional state administration Mykola Klochko and a director of investors company, representative of the Azerbaijani diaspora, Elin Aliyev. “Sumy has a considerable agro-industrial potential and prerequisites for the development of the processing industry. We are interested […]

French oil and gas company Total and Google Cloud developed technology based on artificial intelligence to assess the potential use of the solar energy in homes. This is stated in the message of the Total. “Total and Google Cloud pooled their expertise to jointly develop innovative tools of the Solar Mapper, which aims to accelerate […]