Apple has been fined by the Italian government by € 318 million 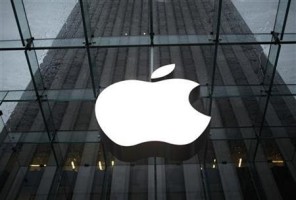 Apple has received a fine of € 318 million from the Italian regulatory authorities. Apple is accused of violating tax laws, namely in the tax evasion in Italy by transferring funds to Ireland.

During the investigation, regulatory authorities found that the company deliberately transferred funds in the amount of € 880 million to Ireland, where its European headquarters is situated, in order to avoid the high percentage of tax rates.

In turn, representatives of Apple said that they pay taxes according to the law in all the countries where they operate. Tim Cook, who is the executive director of Apple during his visit to Dublin, said he was confident the company’s honest. But at the same time, Apple has agreed to pay a fine to the government of Italy, and according to the investigation this suggests that similar schemes could be used by the company worldwide.

In Ireland, tax rates are among the lowest in Europe. Thus, the company pays in Ireland 12.5%, while the rate in Italy is – 27,5%. Regulators found that between 2008 and 2013 Apple earned in Italy more than € 1 billion, and the tax was paid in the amount of € 30 million. Also, regulatory authorities argue that Apple entered into illegal transactions in order to reduce  its tax bills.

In these latter days , the European supervisory authorities are closely watching the multinational companies that earn more income and do not pay the statutory tax rate, using Ireland as a “tax loophole.”

At this point, Apple and the Italian government have agreed that the company will pay Italy € 318 million  and hereon this tax issue between the parties  will be settled.