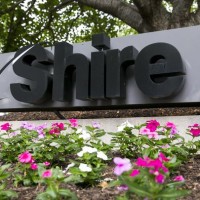 The acquisition price is approximately $ 32 billion by shares and cash, not including the payment of debts. Precise details of the purchase are not currently disclosed.

It’s a second attempt to deal, as the Shire already tried to reach an agreement last summer when they proposed to Baxalta about $ 30 billion, but the offer was rejected because the sellers were not satisfied with the price offered by potential buyers.

Now the Shire representatives say that the merger of two large companies could create the world’s leading business biotech company  which activities will be focused on the development and production of drugs to combat rare diseases.

The merger of the two corporations will be one of the largest in the pharmaceutical sector. The Shire company, united with Baxalta, plans to release 30 new drugs, and predicts that sales in 2020 will reach $ 20 billion. Also for the Shire company  the merger  is an opportunity to reduce the income tax rate to 16-17%.

The world’s largest car manufacturing company Volkswagen, which has recently been involved in a major diesel scandal for understating  of emissions of harmful substances into the atmosphere, will now be sued in court on charges of violation of environmental legislation. Recently the USA Department of Justice filed a civil suit in federal court. The statement […]