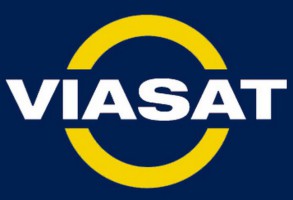 The press service of the 1 + 1 media is short-spoken. The Head of the department of Corporate Communications of the Group, Galina Grublyak said she could not provide comment on the deal. But if she has the statement on this subject, she will tell about it. The development Director of the Viasat,  Peter Konov also declined to comment.

The President of the Kyivstar Peter Chernyshov knows about the transaction. Viasat is a partner of Kyivstar for a TV service for users of the home Internet. But he didn’t disclose information about the terms and the participants of the deal.

The Viasat Ukraine is the largest satellite TV platform in the country. According to estimations of the TV market, it provides service to about 150 000 subscribers.

The MTG has long sought a buyer for the Ukrainian assets. It is not a matter only in Ukraine. Last year, the Swedish group made a strategic decision to withdraw from the Eastern European markets.

After the transaction with the 1 + 1, there will not remain independent satellite platforms on the Ukrainian market. In May 2015, MGU of Rinat Akhmetov bought a provider of paid satellite TV Xtra TV that belonged to the Istil Group of Mohammad Zahoor.  The SCM Mediagroup firstly uses a satellite platform as one of the distribution channels Football 1 and Football 2. The rest of the satellite platforms, which over the past 10 years have worked in Ukraine (MyTV, Poverhnost, Lybid), failed to gain a foothold in the market. In terms of mass tv piracy and low purchasing power, they are not able to build a working business model.

The American satellite company Kymeta announced the attraction of $ 85.2 million in the last round of financing. The round was led by Microsoft founder Bill Gates, who invested $ 78.5 million in the startup. Kymeta develops and manufactures high-speed satellite systems and antennas. The main product of the company is a flat satellite antenna […]

Every day there is a new information about the latest merger / acquisition among large enterprises. As a result of these major agreements, the price of which often amounts to billions of dollars, new company giants appeared in the world market. Moreover, agreements on mergers / acquisitions are active in all areas of business – […]

Bosch will create a new production in Ukraine

Representatives of the Antimonopoly Committee of Ukraine approved the deal between the German company Robert Bosch GmbH and the Chinese home appliance manufacturer Guangdong Vanward New Electric. It is about creating a joint venture on the territory of Ukraine. It is expected that production will specialize in the production of components for cars, gas appliances […]