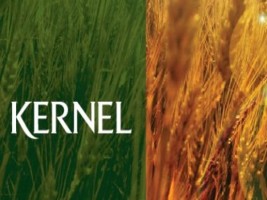 One of the largest Ukrainian agricultural groups “Kernel”, will pay $ 2.4 million, according to the results of court proceedings, in which it was involved in the case of contamination of the Ukrainian sunflower oil delivered in the EU in April 2008.

According to the company report, disclosed on its website on Friday, the court’s decision was issued in January 2016, an adequate provision of $ 2.4 million in current liabilities of the group was allocated for its approval .

As previously reported, in 2008 the Spanish Ministry of Health warned about identifying the exceeding permissible limits of traces of the mineral oil in the analyzed samples of the Ukrainian sunflower oil in bottles, that was supplied to the EU. In this context, the state agencies in Spain, France, Netherlands and Italy expressed the need to remove the contaminated oil from the supermarket shelves, despite the assurances of the European Commission that this product does not pose a serious risk to the health of the consumers.

“Kernel” considers that probably the contamination of the production took place at the base of oil at the port of loading. “And since the majority of manufacturers and exporters of oil using the same fat and oil terminal, this problem has touched the majority if not all  the companies, operating in this market”, – noted in the report of the company for 2008.

In addition, “Kernel” pointed that immediately provided the  samples of  the oil from the crushing equipment  to specialized European laboratories to confirm compliance.

“Kernel” is a vertically integrated company operating in the agricultural sector of Ukraine since 1994. The company produces sunflower oil, carries out distribution of bottled oil in the country under the brand names “Shedry Dar”, “Stozhar”, “Chumak Zolota”, export of the oil and grain, as well as providing services for the storage of grains and oilseeds at the elevators.

The EU has approved the merger operation between LVMH and Tiffany

Antimonopoly regulator of EU approved the agreement of 16.2 billion euro merger with French group for the production of luxury goods LVMH (Louis Vuitton Moet Hennessy) and transnational jewelry company Tiffany. This was reported by Reuters. According to the information, the merger agreement was approved without additional conditions for the companies. Earlier, Tiffany reported that […]