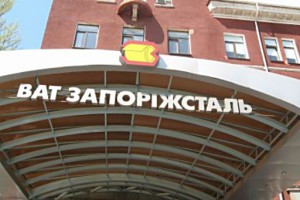 The District Court of Zaporizhia refused  Sberbank in approval of decision of Russian curt about enforcing  recovery of debts in $ 10.4 million from  the Ukrainian metallurgical combine “Zaporizhstal”, reports RIA “Novosti”.

The  court’s decision stated that on January 25, Sberbank of Russia appealed to the Court of Zaporizhia with a statement to allow the enforcement decision of the Arbitration Court of the Rostov region on debt collection with the “Zaporizhstal” in the amount of $ 10.4 million, that is $ 249.3 million UAH at the exchange rate on November 23, 2015.

In particular, in the complaint to the Ukrainian court Sberbank requests to seize the movable and immovable property or current accounts of “Zaporizhstal” in the absence of the debtor’s financial ability to implement the decision.

Earlier it was reported that  “Zaporizhstal”, which is the part of the iron and steel group “Metinvest” owned by Ukrainian businessman Rinat Akhmetov, was disconnected from the power supply for the debts.

“Zaporizhstal”, PJSC is the Ukrainian Metallurgical Plant in Kiev, one of the core enterprises. It is one of the largest steel companies in Europe.

The company is one of the biggest polluters of the environment in Ukraine.

Alibaba Group will own MoneyGram

Ant Financial company within the framework of a public company Alibaba (China), announced about the final stage of the USA financial company asset acquisition procedures MoneyGram International, specializing in international trade transactions online, as reported Inventure. The Chinese side intends to complete the transaction in the third or fourth quarters of 2017, after the approval […]