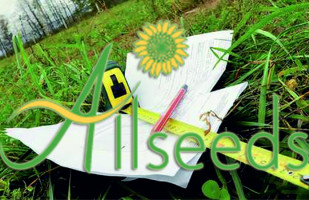 Allseeds group companies challenged in court the decision of the Vizirskyi village council (Odessa region) on the allocation of land for the berths of the “Energo Products Co., Ltd.” company (Odessa) in the Yuzhny sea port.

The Comintern District Court of Odessa region (included in Allseeds Group) decided to suspend the decision on the suit of “Allseeds Black Sea”of the Vizirskyi village council of the Odessa region for permission  to the”Energy Products Co., Ltd.” to develop a draft land use on water resources allotment of the land in the port “Yuzhny” for long-term lease for 49 years “for the construction of infrastructure of maritime transport”.

It is reported by the press service of the company.

It will be recalled that past year, the company opened the first line Allseeds universal oil extraction plant in the Odessa area near the port “Yuzhny”. In the construction of the first line was invested $ 200 million.

“We implemented the project by 20%, opened the first factory line for oil production, that can process three types of raw materials: sunflower seeds, canola or soybean. The power of the oil extraction plant is 2 tons per day. We also built a silo for the storage of seeds with a total capacity of 60 thousand tons. Construction of the first line took about 17 months”, – commented the chairman of the Allseeds Vyacheslav Petrishchev.

According to him, the company plans the construction of berths in the port “Yuzhny”. “For now we fail to realize this project because of the obstacles on the part of the state. For two years, we cannot get a place for piers. They offered many options, but the administration of the ports of Ukraine rejected our proposal and does not give us a place. If we are able to build berths for our needs, we will launch the construction of a terminal for transshipment of oil and soybean meal, “- says Vyacheslav Petrishchev.