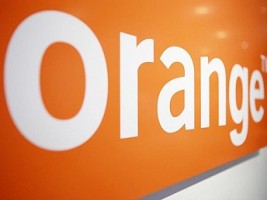 Two of the biggest telecom operator in France, recently reported about their intentions to merge. The amount of the transaction and its details were not disclosed at the moment.

This is not the first attempt to conclude an agreement on the merger, talks between the parties were conducted in the past year, but companies  could not reach a consensus and refused the deal. Also, Bouygues Telecom, which  took third place in France in terms of provision of telecommunications services, abandoned a merger with the operator of the “number two” in France – the company Numericable-SFR last year. According to informed sources, the reason for denial could be that the parties could not agree on the amount of the agreement.

About the upcoming merger of Orange and Bouygues,  companies did not give any comments. After the agreement, the combined company will control more than half of the market for mobile and fixed telephony in France, so this transaction will be thoroughly investigated by the authorities, who may have some questions.

Orange was founded in 1994 and it is the world’s largest telecommunication operator and Internet service provider. Its services are available in 23 countries, Orange is the biggest mobile service provider in France. At the end of December 2015 Orange was fined by regulatory authorities of France in  the amount of € 350 million for abuse of dominant market position.

Orange company was accused by regulators in the suppression of competition in the telecommunications sector by illegal means, thus making difficult  the business development of  other telecommunication operators (among which was Bouygues Telecom). Analysts are critical  about the deal, noting that given recent problems of Orange with regulators and  a record fine, it can be assumed that the anti-monopoly committee will block the agreement.