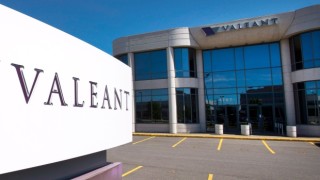 Bill Ackman, the owner of the Pershing Square Capital Management investment firm recently announced that he sold 5 million shares in a major pharmaceutical company Valeant Pharmaceuticals. Thus,  his part fell from 9.9% to 8.5%.

In an official statement, which was provided by the USA regulatory authorities stated that the sale aims to cover tax losses. The sale was made by value in the December 2015 ($ 100 – $ 115.)

Before that, in autumn 2015 the company Pershing Square Capital Management increased its stake in Valeant Pharmaceuticals from 5.7% to 9.9%, after allegations of fraud aimed at increasing income from the pharmacy chain Philidor.

At the end of 2015 the shares of Valeant Pharmaceuticals fell rapidly, against the background of all this its  head went into a long-term medical leave. In addition, the company has reduced the revenue forecast for 2016.

Pershing Square Capital Management  is the US investment fund, which was founded in 2006 by businessman Bill Ekman. The fund’s specialty is to invest in businesses and non-profit organizations, as well as future projects.  The company gives benefits to businesses that specialize in product development in the field of medicine, environment and energy. Such spheres, according to the owner of the fundneed foreign investments and development most of all.

For 2014 the total amount of the fund’s investment in various projects amounted to more than 250 million dollars.

Recently, the company bears the tax losses, and therefore forced to reduce their stakes in the companies.

Approaches to determining the unit of excise tax rate on beer may change in Ukraine. This is stated in the bill of the Cabinet of Ministers №5600, which was registered in the Verkhovna Rada the day before. It is noted that Ukraine is obliged to bring its own legislation in line with the European directive […]