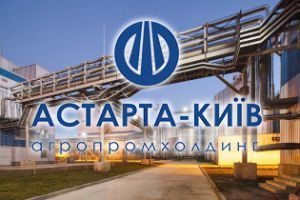 The largest producer of sugar in Ukraine, the “Astarta” agricultural holding launched the project on drip irrigation in the Poltava region. The cost of the project is 10 million UAH.

“Irrigation technology will be applied to the crops of sugar beet: first, 360 ha, and according to the results of the project in this year, there will be considered the question about the expanding of the irrigation areas. The company is currently completing the reconstruction of amelioration infrastructure (canal,  hydraulic power station), and after that, immediately will start the installation of drip irrigation systems made in Israel”, –  stated in the report of the holding.

The Investments  in the project will be amounted to about 10 million UAH.

“Astarta-Kyiv” is vertically integrated agro-industrial holding company whose main areas of business are the production of sugar and related products, grains and oilseeds, as well as milk and meat. The company is the leader of the Ukrainian sugar market and one of the largest milk producers in the country.

Amazon has banned the import of seeds into the United States

Amazon has banned the import of seeds to the United States because the Americans received thousands of parcels from unknown shippers from China. In this regard, Amazon informed foreign partners of its decision and obliged sellers to remove publications with appropriate proposals. Now sell the seeds only can those who is in the United States, […]

Online resource Entrepreneur has published interesting and instructive stories from the lives of American and Canadian founders of the business in which they share the lessons they got from the worse mentors in their life Be  a mentor  Name: Melissa Ben-Ishay, Company: Baked By Melissa Lesson: The importance of open communication. When I think of the […]

Ukrposhta has shared its plans for 2017

In the new year Ukrposhta will invest in its development up to 500 million UAH. It is reported by the press service of the national postal operator, referring to the words of the CEO – Ihor Smilianskyi. According to the original source, in the new year the investment plan is going to be increased in […]