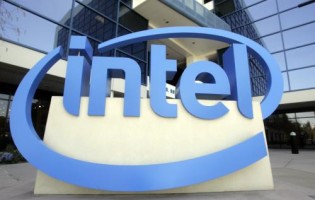 Recently there were closed the deal on the absorption by the Intel Developer Altera company. In a statement to journalists the head of the Intel, said that Altera is now an integral part of the company and will operate as a division.

In a statement, Intel spokesman also said that Altera will now be called Programmable Solutions Group (PSG). The products manufactured by Altera, are maintained and will continue to evolve and improve. Now Intel makes efforts to ensure that buyers of Altera switched at Intel.

Talking about the deal began in March 2015, after that, Intel officially announced that  itis going to buy Altera for a $ 16,7 billion in June. The agreement was approved by the European Commission in September this year.

The deal was the largest absorption in the history of Intel’s purchase of McAfee times in 2011 for € 7,68 billion. By joining forces with Altera, the company hopes to release a new successful generation of semiconductors, optimize production and increase revenues.

Intel is engaged in the production of electronic devices and computer components. Intel was founded in 1968 in the United States. Its net profit for 2014 amounted to $ 11.704 billion.

American Company Altera is one of the largest software developers, its actions have been focused on the development of circuits and modules. The enterprise is a part of the stock price index S&P 500.

Intel sees its new acquisition to significantly increase the performance of growth stocks. Critics positively assess the merger of two large companies, which are now in their interaction will redouble its efforts to develop new high-quality products.

BMW has agreed to pay 18 million dollars fine for distortion of sales data for five years. About it with reference to the Commission on securities and stock exchanges of the USA. According to the commission, from 2015 to 2019, BMW maintained a reserve of unaccounted for car retail sales, which it used to achieve […]

This week Chipotle (Chipotle Mexican Grill) closed another restaurant, this time in Boston, after a large number of students were poisoned by food. Questions of consumers about quality of products in Chipotle grow. Similar cases have been seen in other states, when people feel bad after a visit to Chipotle.  Food scandal confused the investors […]

Amazon launches payment by scanning your palm in Whole Foods

Amazon announced on Wednesday the expansion of its Amazon One payment system at Whole Foods stores in Seattle. Amazon One technology was introduced by the company last September and, according to Amazon, it “makes the payment process easy and fast.” Unlike previous Amazon Go technology in stores of the same name, consumers do not need […]