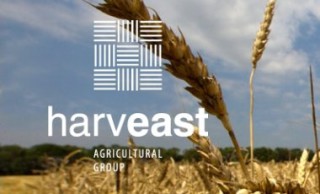 The Ministry of Agrarian Policy and Food of Ukraine has assigned four HarvEast dairy farms a status of the breeding farm. This entitles the company to engage in breeding purebred cows of the Holstein breed to ensure their own needs and the sale of breeding animals. This was said in a statement of the company.

“The company approached very seriously to the issue of reproduction – from 2011 HarvEast uses seeds of the best American and Canadian producers. Today, 4 of 6 HarvEast farms received the status of breeding farms. We are proud of the result, but do not intend to stop there. On our farms we already have cows with an efficiency of more than 10 thousand liters of milk per year “, – said Fedor Kryukovsky, COO of HarvEast.

For HarvEast the farm animal production is one of the priorities of the business. By investing in companies with feed and forage equipment, training, health and reproduction of cattle the livestock productivity is increased annually.

HarvEast dairy farms contains more than 7.4 thousand heads of cattle. Of them the livestock of the dairy herd amounts to 3.5 thousand cows, which produce more than 21 million liters of milk per year.

The direction of the company’s production is crop production, dairy farming, animal feed and seed production.

IPO Snowflake may become one of the most popular in 2020

IPO Snowflake, which will take place on the NYSE, will be held at the higher price than announced in early September. On Monday, according to SEC applications, Snowflake, a company that makes storage software, raised its projected stock price to $ 100- $ 110, while the market valuation of the company could grow to $ […]

Germany will spend billions of euros on 62 hydrogen projects

The German authorities have chosen 62 large hydrogen projects that will receive state funding of 8 billion euros under the European Union’s IPCEI program (important projects of common European interest). The Ministry of Economy and Energy of Germany announced this the day before with reference to the head of the department Peter Altmeier. “We want […]

The stevedoring company “Brooklyn-Kiev” is going to invest $ 200 million in the construction of a grain terminal in the port of Ilyichivsk. This is stated in the message of the seaport. “Brooklyn-Kyiv” emphasizes that the company comes into the port of Illichivsk not only with the  investments, but also with its know-how in the […]

JP Morgan can pay a record fine for the market manipulation