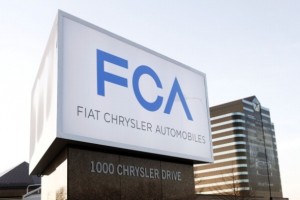 Recently, foreign automobile corporations are increasingly exposed to multi-million dollar fines from regulators. The reason is negligence   of manufacturers who violate the road safety  legislation at the stage of cars’ production. Scandals accompanied by multi-million dollar fines recently occurred in companies BMW, Volkswagen, and Fiat Chrysler, which subjected the charges from the regulatory authorities for fraud in the financial statements.

The company Fiat Chrysler decided to take more responsibility  for doing business, and, therefore, recognized the defects in the cars before being subjected to other  charges by regulators. Recently, representatives of Fiat Chrysler announced that  570 thousand machines should be withdrawn, failure of which can cause a fire. It is mostly about big cars, jeeps and SUVs these are  Grand Cherokee, Dodge Durango, Compass and Patriot. The  cars were produced in 2011-2012, most of them sold in the United States, but nearly 85 thousand  cars have been implemented in other countries.

The lawyers  confirm that it was quite successful decision to withdraw the cars  , it saved the concern  from the multi-million dollar fines from the regulatory authorities, and greater damage.

The company Fiat was founded in 1989, it has been producing world famous cars such as – Fiat, Lancia, Alfa Romeo, Abarth, Ferrari and Maserati. In the past year, the company signed a merger agreement with the car company Chrysler, the completion of the unification process will occur in 2018.

The combined company Fiat Chrysler last year sold 4608000 vehicles worldwide, and due to this revenue the growth was 6%, and the total profit increased by 11% and amounted to 96.1 billion euros.