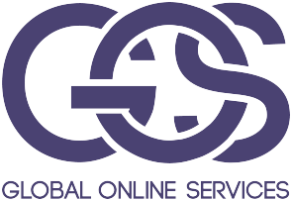 In 2015, the Ukrainian IT – industry has proved to be one of the most profitable invested by the West. Despite the difficult economic and political processes in the country, the domestic business is developing and coming out to the world market.

Recently, the domestic company GOS Systems reported that it launches the project in Mexico. This country was chosen because it saw the great potential in this country, which has the biggest market, and new interesting projects here will be a success, – said the management of the company.

The activities of the company abroad will focus on the promotion of the service bill payment Rappit. With the help of the Mexican partners,  was a joint company, where  new projects will be represented  set up.

In order to enter the Mexican market, the company did not apply for investment, the launch was produced for their own means. To start the service, the company spent $ 20 thousand, another $ 35 thousand will be spent on the promotion and the  opening of high-grade office.

Critics have different attitudes to the decision of the GOS Systems company. On the one hand – the Mexico market  for Ukraine is not familiar and any startup will require a lot of time to adapt, develop, and only then start to generate income. On the other hand – with the right approach it is a chance for domestic business to prove its relevance and competitiveness in today’s global market.

The company’s management assesses the prospects for positive and believes that the launch of a new project in Mexico is just the beginning, and in the future the company will conquer other countries and will be in great demand among consumers.

The first spirit factory will be sold in September

Sales of state-owned distilleries will begin in mid-September. This was reported by Acting Director of the state concern Ukrspirt Serhiy Bleskun on the social network. For professionals in the alcohol industry, privatization does not mean loss of jobs, but rather – new career opportunities, he highlighted. “We have already submitted proposals for 25 of Ukrspirt’s […]

Recently, a federal court  of the USA  has received several class lawsuits where the world’s most popular social networking site Facebook is a defendant. The plaintiffs in the case are large investors of Facebook. The global network Facebook is accused by investors that it  has not notified them of the risks and concerns that relate […]