Главная › News › Ferrari and Lamborghini are leaving the Ukrainian market 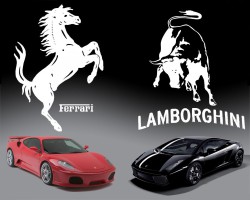 Ferrari and Lamborghini announced the termination of official deliveries of its supercars on the territory of Ukraine in 2016 due to the unstable situation in the local market. This was announced by Victor Postelnikov the “Vipos” CEO who sell these models.

“Because of the situation in the country, our market is not ready today to the official delivery of cars. After all, they require special conditions and high standards of sales and service. Ferrari and Lamborghini Companies cannot afford to come to any terms and make any exception for someone in compliance with its standards. Even taking into account the prospects of the Ukrainian market “, – quoted him as saying the information and analytical group “Avtokonsalting”.

In turn, Ferrari and Lamborghini did not agree to make any concessions and to violate its own standards.
The first and only Ferrari Kiev dealership was opened in June 2011. The most “affordable” car model was a Ferrari California for € 252370. The first year of sale could be called successful, but over time the statistics worsened. According to the “Avtokonsalting” only two cars were sold in 2014, and just one in 2015.

Earlier, the Ministry of Finance of Ukraine proposed to amend the criteria for eminent domain of the transport tax in the framework of tax reform. According to the new Tax Code, the new model suggests that owners will pay a tax on the car class “lux” costing more than 1 million UAH, provided that the car is operated not more than 5 years. At the same time the previous condition on the volume of motor cars (more than 3000 cc. ) is canceled. The tax rate remains the same – 25 thousand UAH per year.
Source: news.eizvestia.com

Bayer sells the part of its business

Bayer AG  is going to sell the part of its business  in biotechnologies and productions of cotton  spheres. It is concerned the Crop Science  subsidiary Company. According to Liman Kondon, the company chairman, this industry sphere is money-making.  There is no reason in  finding buyers  to Buyer. The decision was concluded by a pressure of […]

Uber will launch its service in Ukraine in the near future

The Uber company, specializing in the online service personal drivers, announced that on June 30 presents will launch of its project in Kiev. According to the company’s press service, the visit the Ukrainian capital of European leadership, however, the details of the visit aren’t informed. The mass-media reported that Uber can expand its service to […]

Every day there is a new information about the latest merger / acquisition among large enterprises. As a result of these major agreements, the price of which often amounts to billions of dollars, new company giants appeared in the world market. Moreover, agreements on mergers / acquisitions are active in all areas of business – […]

According to Ilia Sahaidak – a deputy chairman of the KSCA, a building company CRBC from China intends to implement the “turnkey construction project” of Velyka Kiltseva Doroha, the track Nyvky – Brovary, and in addition, road interchange near the metro station Shuliavska. Sahaidak noted that the Chinese company in this matter demonstrates great skill […]

PJSC “Jacobs Ukraine” (Trostyanets, Sumy region) is going to pay shareholders dividends of 121.87 million hryvnia in the period from 22 August to 23 December 2016. According to the company’s data in the information disclosure system of the National Commission on Securities and Stock Market, the decision has been taken by the general meeting of […]