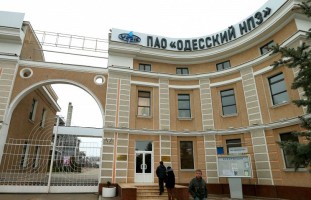 The Primorsky District Court of Odessa arrested the property and the shares of the Odessa oil refinery of the prosecutor’s office suit and the application of the state enterprise Ukrtransnefteprodukt, which was all movable property of the refinery previously transferred to.

This is stated in the judgments  from 19 January.

The Primorsky District Court  allowed the transferring of the property of the  Odessa refinery to the Ukrtransnefteprodukt  last  November.

At the same time, as noted in the decision, officials of the plant refused to carry out the court’s decision and left  its territory without a transferring of the property by an act of the inventory. Thereafter Ukrtransnefteprodukt draw up a  judicial letter in one’s sole discretion.

As reported, in December 2015 the head of the Ukrtransnefteprodukt, Alexander Gorbunov after the inventory has promised to fill the  Odessa refinery by oil and resume his work.

In the crime are suspected the officials of the Ukrtransnefteprodukt who, according to the investigation, caused the material damage totaling 341.2 million UAH.

The policy of GFS of Ukraine,  directed to the problem resolution of central government budget deficit doesn’t promote business development at all. Entrepreneurs ring the alarm bells! Despite the moratorium of  business checks conducting , the expiring year has remembered by just improbable  actions activation of the Public fiscal service of Ukraine. From practice As […]

This week Chipotle (Chipotle Mexican Grill) closed another restaurant, this time in Boston, after a large number of students were poisoned by food. Questions of consumers about quality of products in Chipotle grow. Similar cases have been seen in other states, when people feel bad after a visit to Chipotle.  Food scandal confused the investors […]