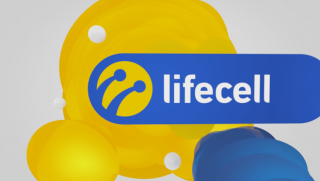 Mobile operator lifecell sold its sister company telecommunication towers in Ukraine.  The Ukrtower Company will pay minimum $ 52 million plus taxes for  811 objects. This is stated in the message of the owner of the company – Turkish Turkcell Holding.

According to the report, the resolution on the transaction was carried by the Turkish company’s board of directors. He increased the authorized capital of the structure, that controls Ukrtower at the appropriate amount.

The  Turkcell brought the Ukrtawer to the domestic market at the end of 2008. During this time the company has built more than 400 towers for placing antennas in Ukraine. They are rented by  LifeCell, MTS Ukraine, Kyivstar and Intertelecom. Each tower has cost the company $ 70-100 thousand.

Besides, the Ukrtower has deployed and leasing of coating systems in large buildings: the SEC Ocean Plaza, BC Gulliver, SEC Atmosphere and the other objects.  The turkish infrastructure player also previously was interested in buying cellular towers players, as well as the State Concern of radio broadcasting, radio and television.

The Lifecell (until 2016 – life :)) is a trademark under which the Ukrainian mobile operator ” Lifecell ” LLC provides mobile services in standard GSM-900, GSM-1800 (EDGE) and UMTS- 2100 (HSPA +) from 15 January 2016. Services are available in all regions of Ukraine. The number of active subscribers in 2015 amounted to 10.6 million subscribers, the rate of ARPU (revenue per user) is 35.5 UAH, net loss (4.44 billion UAH) almost equaled the annual revenues (4.48 billion UAH). The GSM network covers the territory where live more than 98.6% of the Ukrainian population. The operator provides roaming services in the networks of 461 roaming partners in 190 countries.

What are the prospects for the development of foreign and domestic business in Ukraine in the next three years? Petro Rondiak, the Chairman of the Board of Winner Group Ukraine At Winner, we have always been optimistic about the prospects of Ukraine. Our investments reflect the long-term intentions for staying in the country. In the […]