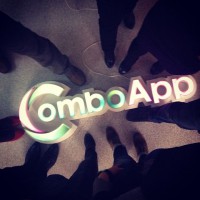 ComboApp Company, which is engaged in the marketing and PR of mobile applications, recently completely closed the Kiev office. It was closed by consulting direction ComboApp, according to the editorial board, about 40 people worked in Kiev. In Odessa continues the GoWide direction.

ComboApp’s founder Vadim Chernega  confirmed the company’s downsizing, adding that this decision is due to the realities of the market and finance: “We have reduced overhead and part of the team. This is an internal issue, dictated by financial reasons and reaction to market. The company continues to work”, – he said.

ComboApp Group is an app marketing company that provides app marketing services for a global mobile app marketplace. The company is made up of three units which include ComboApp Consulting, ComboStore and GoWide. The vital part of the group is the ComboApp’s Innovation Hub – the team of programmers and analytics that supports all projects.

ComboApp Company established two co-founders – Vadim Chernega and Igor Fedulov. They emigrated to the United States, but in 2005 returned to Ukraine to build a business here.  In Odessa, they founded the outsourcing company INTERSOG, except that they were doing other projects, in particular – the marketing direction, which eventually took shape in the ComboApp Company. Since January 1, 2014 it exists completely separately from Intersog – it has its own offices in Kiev, Odessa and Chicago.

Pfizer reported earnings below estimates and lowered its annual forecasts

Shares of Pfizer decreased by 3.2% since the beginning of the year, fell by 1.65% on Tuesday after the company announced the results of the third quarter, which ended on September 30. Pfizer reported a 4% drop in earnings per share (compared to the same quarter in 2019) to $ 0.72, but this was slightly […]