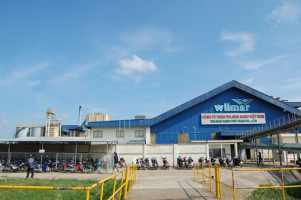 The Wilmar company plans a further expansion in Ukraine. This was told by the Chairman of the Board of Directors of the company “Delta Wilmar CIS” Dhuraba Charan Panda, said the Forbes publication.

For example, in the B2C segment by building a new or purchasing an existing Ukrainian enterprise. The final choice has not been made yet, but negotiations with potential sellers are already underway.

The next step is doubling capacity of MEZ and expanding industrial cluster through a new soybean processing plant with a capacity of 2 000 tons per day. But, under one condition: if the “Delta Wilmar CIS”, which provides three quarters of the volume of transshipment berth ?4 in South Port, will get his long-term lease. In the meantime, despite the numerous commissions of the Ministry of Infrastructure of Ukraine, the issue did not get on.

Dhruba Charan Panda complains that hopes for positive changes in the Ukrainian economy after Euromaidan are not justified. According to him, the key to a breakthrough is a cooperation, whether in production or trade and science.

“You cannot make it alone – from needles to airplanes. If someone is strong in his field, you should extract synergies from that”- he concluded.

Wilmar International Limited is the leading Asia agribusiness group with headquarters in Singapore. The company occupied 317 place in the Fortune Global 500 in 2011. Wilmar International holds over 400 industrial enterprises in the Asian region. The number of employees amounts to about 90 thousand.

The AMCU fined the producer of soft drinks for 145 thousand UAH.

The Antimonopoly Committee of Ukraine (AMC) fined the producer  of soft drinks “Etrus” Ltd. for 145 thousand UAH for the dissemination of misleading information about their products. “Etrus” Ltd. gave inaccurate information on consumptive qualities of these drinks because of their method of presentation on the labels of products: Fruttela Orange, Fruttela Citrus and Fruttela […]

Amazon reported a 37% increase in revenue

Shares of Amazon, which rose by 73.8% since the beginning of the year (more than the growth of Apple, Microsoft, Google and Facebook), fell 2% after closing trading on Thursday, when the company released a report for the 3rd quarter, which ended September 30. Amazon set a new revenue record, e-commerce increased sales by 57% […]

The American corporation Apple is threatened with a drop in profits from smartphone sales by 25-30% if the company removes the WeChat application from the App Store worldwide. This statement was made by a well-known expert on the gadget market Ming-Chi Kuo. According to his forecasts, the WeChat application is used by users in China […]

Visa and BioConnect to create a new application soon

Visa in conjunction with BioConnect will promise to provide a new service which will give an opportunity to their clients to undergo the procedure of biometric authentication, using the application on their phone in the nearest future. According to developers of the program, such innovation is a fine alternative to passwords use. In addition, the […]