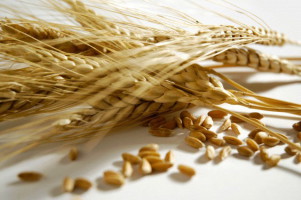 The LNZ Grour company invested more than 25 mln. UAH in the social sphere of Shpolyansky district in Cherkasy region in 2015. In this region is concentrated the main production of the enterprise. The same amount for social needs LNZ Grour plans to invest in 2016.

As said Anatoly Tkachenko, the director of Lebedinsky plant  (the structure of LNZ  Grour), this year most funds were invested in roads’ repair of Shpolyansky district. The amount of investment is measured in the range of  20 million UAH.

“These are patching works and over-haul. Some parts of the path, that we repaired, have not seen any repairs for several decades. So, maintenance crews worked from spring to frost. Significant volumes of repair of roads are planned for the next year “, – says Anatoly Tkachenko.

Also, a lot of money invested during the year in the renovation of schools, gardens and FAPs. Total for this purpose the company directed more than 4.5 million UAH. The largest tranche of the educational direction was sent to the institution of the village Matusow (Shpolyansky district). The local school partially chnged windows thanks to the LNZ Group. In addition, thanks to the company, the village now has lighted streets, because until recently, only a few lanterns worked in the whole town.

“We also plan to analyze the presence of lighting in other settlements and to include the missing objects in their social plan for the next year”, – he said.

In addition, the LNZ Group set a goal to develop sport direction. To do this the company built a modern tennis court at its own expense and modernize the football field in the Lebedinoye village in Shpolyanschina.

To hold matches at the stadium will be possible already in 2016. Now the irrigation system for the football field is installed there, stands are in the repair process and modern locker rooms for athletes are making. With the onset of spring the lawn will be sown; the company has provided more than 300 thousand UAH in its own budget for that.

“By doing so, we want to show everyone that a successful business must be socially responsible,” – noted in LNZ Group.

Let us recall, the company is developing in three areas: seed production, agricultural production and distribution.

The NBU estimated payments on public debt for the year

Shares of Alibaba, up 35.7% since the beginning of the year but down almost 8% this week, rose 5.3% during trading on Friday after China’s largest public company announced second-quarter results financial year 2021, which ended in September. Alibaba’s quarterly report was preceded by news of the termination of the IPO of financial technology company […]

In March this year, the United States imported oil and petroleum products from Iran totaling 1.03 million barrels. This is evidenced by data from the US Department of Energy’s Energy Information Administration (EIA). This delivery was the second since 1991, when the United States stopped importing Iranian oil. According to the EIA, another supply of […]