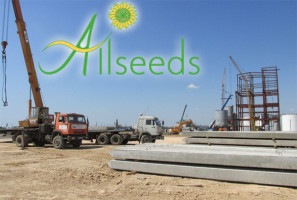 Allseeds Group of companies, contests in court decisions of the Odessa Regional State Administration and the Vizirskyi  village council (Odessa region) about  the allocation of lands for berths of “Energy Products Co., Ltd.” (Odessa) in the”South”  Port, – it is reported by “Interfax-Ukraine”.

“We were asking the Odessa regional administration and local authorities to allow us to build piers in July last year, at least one,  to be able to continue our investment project, the development of industrial infrastructure, because we cannot go further, without having berth”- said the General Director of Allseeds Group Vyacheslav Petrishchev.

He added that in December 2015 the Vizirsky village council decided to allocate land for coastal marinas of “Energy Products Co., Ltd.”, affiliated with businessman Oleg Bakhmatyuk.

According to Vyacheslav Petrishchev, the village council meeting was held in secret, and was attended by one of the deputies of Mr. Saakashvili, who “explained” that the land should be allocated to the company of Oleg Bakhmatyuk.

Before that, the Odessa Regional State Administration has issued a permit to the enterprise for the lands of water fund, which is contested in court by the Yuzhnenskiy department of the Marine Port Authority of Ukraine.

«Allseeds is now also contesting in the courts those decisions of the Odessa Regional State Administration and Vizirskogo village council in respect of land where, in accordance with the coordinate points issued by the MPAU should be placed marinas №№11, 12 and 12a, which are claimed by the company, as illegal” – said CEO Allseeds.

According to Petrishchev, the Governor Miheil Saakashvili has repeatedly expressed public support for the company’s intention to complete the investment project Allseeds, promising to provide land for the construction of berths for handling oil and meal.

But under the New Year suddenly resolution was issued secretly, without publishing the order on the OSA site. The administration gave a permission to UkrLandFarming for the construction of three berths.

“Thus, we are completely cut off from the water and put “in place” to the monopolists. Our feeling is that Mr. Saakashvili is not very aware of what is happening and, judging by the recent events in the administration, deputies, environment of Saakashvili play some games according this issue”, – said the head of the company.