Главная › Interviews › Business conflict – what is it, or How to turn a minus into a plus

Business conflict – what is it, or How to turn a minus into a plus

Interview of Nataliia Osadcha, co-founder of the S&P Investment Risk Management Agency, PhD, MBA, on the role of conflicts in the life of big business.

It’s no secret that Ukraine is a country of risky investments. Prosperous corruption, lack of sufficient protection of private property rights and many other prerequisites create fertile ground for the development of business conflicts. Today’s trend in the country is the involvement in such conflicts a large number of participants, including state and law enforcement agencies, but there are those unicums, who could resolve the conflict and withdraw the company from it.

LDaily turned to Nataliia Osadcha, the co-founder of a company, the S&P Agency, which is specializing in minimizing conflicts and rescuing business from conflicts of any complexity. In her interview, Nataliia talked about what business conflicts are, what consequences they have for the business, about the strategy to get the business out of conflict, what tools to use and what bonuses the business gets when it successfully stops the conflicts.

LDaily: Natalia, tell us what is «conflict» in your understanding. And what kinds of conflicts exist today?

N. Osadcha: Conflict, business conflict, is a term that we have started applying in our practice long time ago. So, we realized that many serious problems in business do not happen under the specificity of corporate conflicts, and also can not be identified as raiding. We also found that such a phenomenon as corporate raids and corporate conflicts have undergone such significant changes, have merged so much with other forms and interests that they can not already be attributed to some known classical forms and/or classifications. For us we started to use the term «conflict» which is much wider than the above definitions and, of course, it includes all the types of conflicts that exist today.

According to our definition:

conflict means any situation that leads to different types of losses for business.

Today in Ukraine there is a huge number of conflicts` types, including external, internal, involving government
agencies, with the participation of partners, competitors, employees, former employees and so on. It is possible to enumerate them for a long time, we even derived our classification of conflicts` types, which we present in our trainings for the CEO.

Nowadays there are no conflicts in the pure form – internal or external conflicts, and it does not even matter who initiated them, but what is important is that 95% of all conflicts are carried out with the participation of the state and / or law enforcement agencies, and with such participation the conflict goes to another level.

The main problem is the wrong identification of the conflict. For example, in 90% of companies` cases their consultants do not identify the situation as a «conflict», they assign it the status of «problem», which refers to the standard business operations. In this regard, the following mistakes occur: the strategy, instruments are incorrectly defined as well as the ultimate goal of the conflict, its possible timing, risks associated with such a conflict are incorrectly identified and also possible losses that the company may incur, their types and size.

LDaily: What should do a company that turned out to be in serious conflict?

N. Osadcha: Any conflict for the company is always difficult. It is difficult because sometimes this is the first experience of this kind for the company. And, as I said, to understand and correctly identify the conflict at an early stage is a guarantee that the company will avoid «deep diving» and as a result minimize the terms of the conflict, risks and all kinds of possible losses for business.

We have specially developed a number of trainings for CEOs and / or business owners, especially with the goal of teaching to identify correctly the conflict, showing and detailing the business, which may indicate that the company is already in conflict.

I will give an example from another area of life, which at first glance is in no way connected with business processes, but it very eloquently shows, how important the correct diagnosis is. For example, a patient comes to a consultation with a doctor who, after examination, diagnoses a patient with SARS, and prescribes treatment according to the diagnosis. Of course, such treatment will not bring relief, moreover, worsen the patient’s condition. But if the doctor had carried out a complete examination of the body, he would have seen that a patient’s coughing was a consequence of pneumonia. That is, what he sees and hears is a consequence of something very serious and protracted. With business can happen the same and that’s why the business often loses because it incorrectly identifies the situation, as a result a company builds a strategy improperly , uses the wrong tools, and, accordingly, adheres to the firstly chosen wrong motion vector.

LDaily: What tools should the business use to overcome the conflict as a winner?

N. Osadcha: Our company has been engaged in breaking the business out of conflicts for more than 10 years, S&P’s partners have been doing this all their lives for more than 20 years. We have had a long way to this, by attempts and errors and realized that withdrawing a company from any conflict using only one or two tools is impossible.

Some companies make the main bet on legal instruments, others put PR at the forefront, while others think that only GR will help them to get out of a difficult situation. We disagree that the choice of tools, their frequency (at what stage to use), main messages must be closely intertwined and built into a single strategy. In the process of conflict development, both the strategy and the initially selected set of tools will change. Applying only one tool or deliberately building a strategy around it only reminds me of a picture when a military general wants to win a war only with help of one type of weapon, for example, a spear, although the enemy’s arsenal consists of infantry, tanks, aviation and even the fleet.

There must necessarily be a comprehensive strategy, including – PR, GR, a combination of time and messages. Of course, without a legal instrument it is impossible to get the company out of the conflict, especially if the level of complexity is high. But only a certain set of tools works in a certain percentage and with certain messages aimed at a certain result.

Unequivocally I can say that only due to such an approach S&P succeeds in successfully removing business from serious and protracted conflicts. Our successful cases are an indicator of the effectiveness of the developed strategy and selected tools.

LDaily: Can you give examples of different types of conflicts from your practice?

N. Osadcha: We do not have the right to disclose the cases with the names of the persons involved in the conflict, but I can cite isolated examples of different types of conflicts. So, there can be an internal conflict between partners. For example, one of the partners received (formal or non-official) control over the executive body and in fact exercised sole control over the company; he also subordinated financial flows to himself. Regarding to the second partner, the options in this case may be different, from the legal deprivation of the last ownership of the business, to bringing charges and removing it from business management.

Internal conflict, like any other, does not exist in its pure form any longer, but is always closely intertwined with the government. Sometimes the problems of one of the partners begin with the state bodies, and only in the process of conflict development it becomes clear who is behind it and who initiated the conflict.

There are external conflicts when a competitor in the market carries out illegal actions against another player of the market, sometimes only for the sole purpose of gaining market share and customers of his opponent. Such conflicts often «start» with an application for a crime filed by a competitor, and of course, such conflicts are also carried out with the participation of both government and law enforcement agencies.

LDaily: So we can say that the Conflict is very much similar to military actions. How do you think, if
it is possible to talk about the similarity of such phenomena?

N. Osadcha: The similarity is very high, moreover, the term «war» is often used in the context of corporate conflicts. Very often they are called «corporate wars». Any conflict is a «military action» in miniature. There is also an interested person, there is an ultimate goal of the conflict, there is a strategy of opponents and as in the war, everything changes very quickly depending on the actions of the opponent. Why else can you compare conflicts with the war, since the ultimate goal is very often either a business as a whole, or a valuable asset, or a significant market share, or financial flows. And this, in fact, is the vital artery of business. Therefore, the strategy of getting out of such a crisis for business should be very measured, systematic with the use of the right tools and exclusively within the legal field of Ukraine.

Also I want to draw attention to the fact that the right way out of the conflict will bring enough serious bonuses for the latter. We even gave this phenomenon the name «how make a plus from a minus for business».

At our training we indicate what «advantages» the business can get from the conflict. As an example, we can talk about forming a reputation component, both among the business community and in relation to the government. Also, the company gets immunity for possible conflicts in the future.

In fact, the conflict can give a lot of «pluses», you just need to work on it.

LDaily: Why did S&P choose for itself a specialization in breaking the business out of conflict as the main one?

N. Osadcha: We deliberately devoted ourselves to protecting business. We began our activity in 1998 when large investors just started to enter Ukraine. And, in fact, we spent a huge amount of time and gained invaluable hands-on experience. We got a unique chance to do what we like, do what we believe. I also believe in highly specialized professionals, regardless of the scope of their activities.

The problem of Ukraine is that many people try to offer everything, for example, if you go to a restaurant, very often you will find the menu line from sushi to borsch. But it is impossible to be good in everything: either you have spent your life on something exact, and then you are a professional in this issue, or you are everywhere and in a little bit, but in fact nowhere.

Working as a strategic business consultant, especially in such areas as conflicts, places the latter fully responsible for assets, investments, and sometimes for business in general, including the personal freedom of its owners. The responsibility is very high, as are the rates in such conflicts. Therefore, it will be an effective consultant who has strong practical background. I am sure that today S & P company corresponds to what it declares, and I’m glad that I’m a part of such a unique team of its kind. 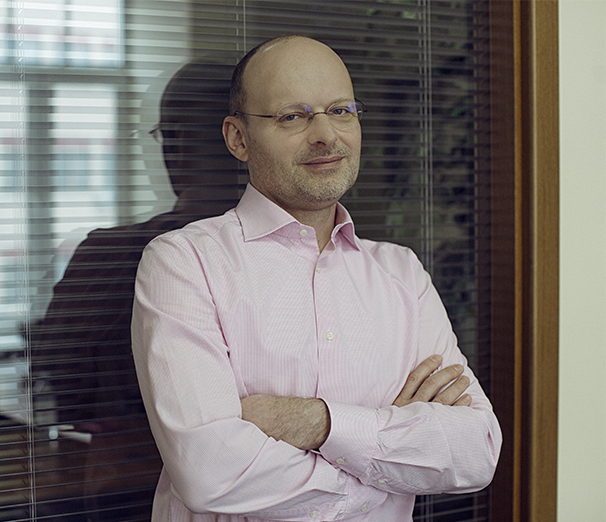 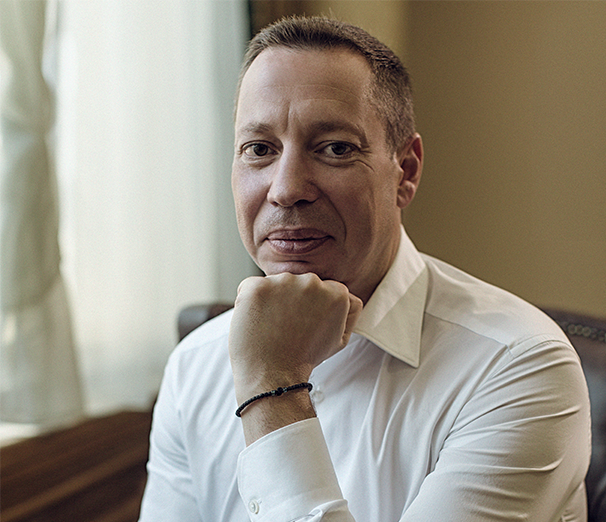 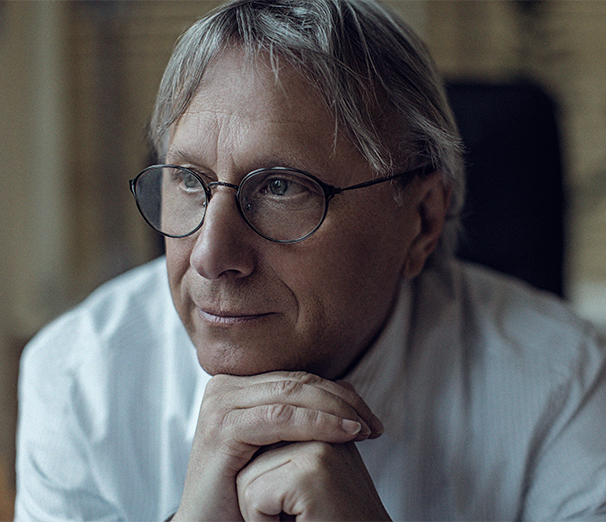 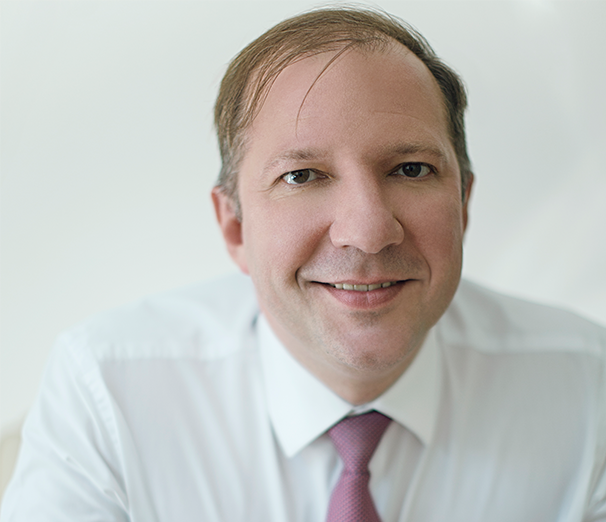 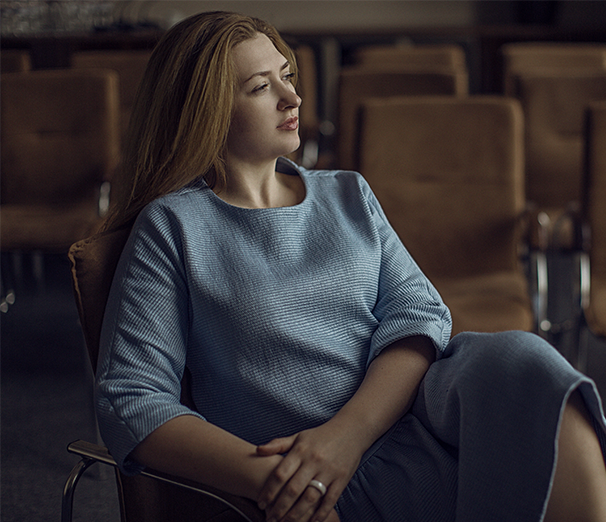 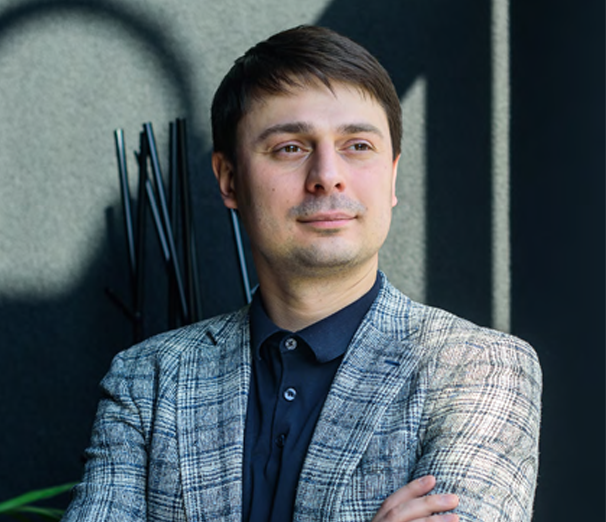 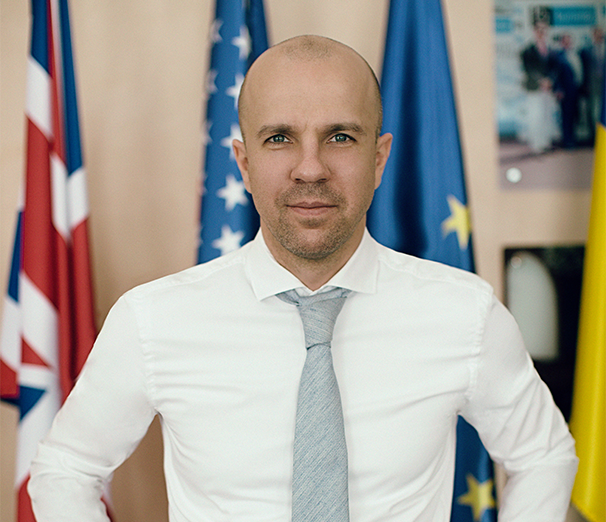 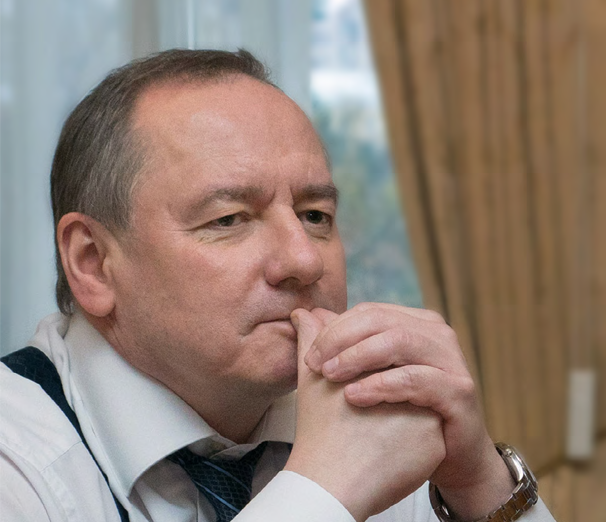 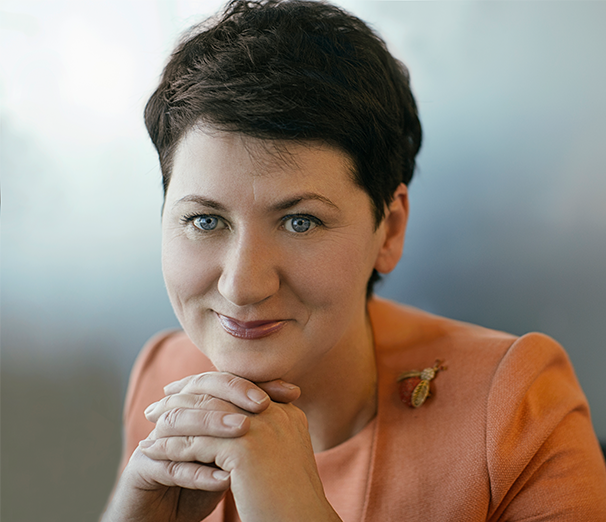 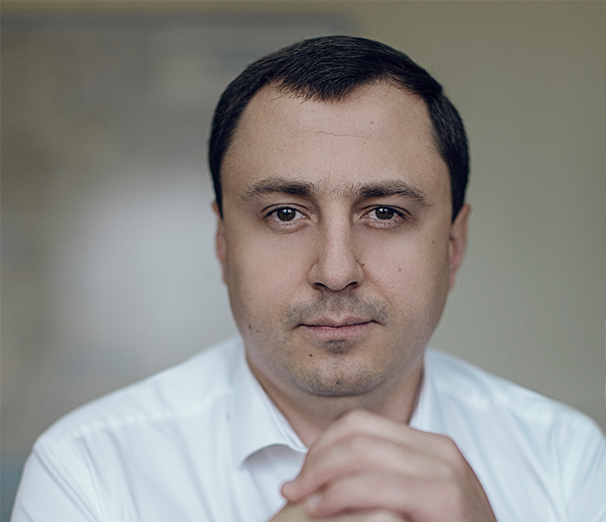 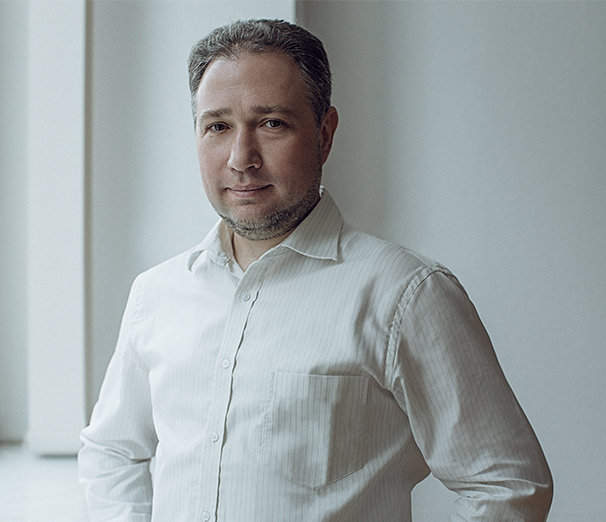 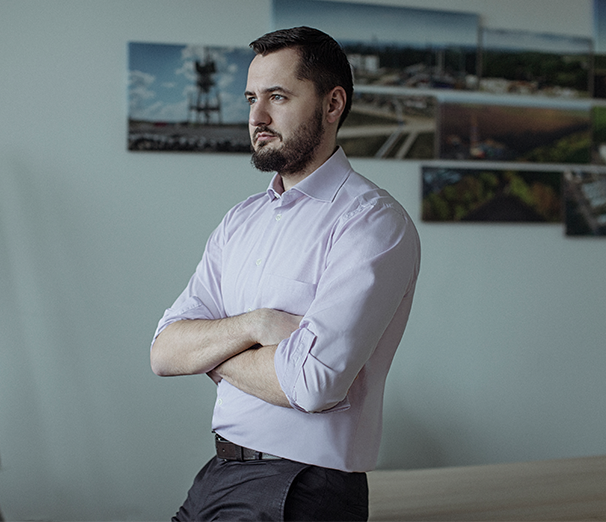 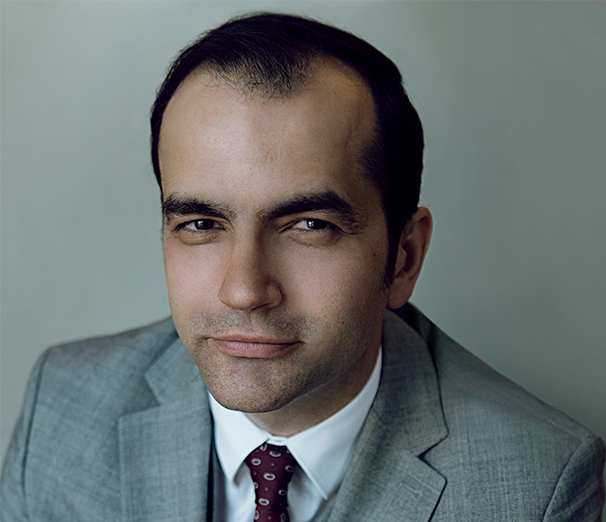