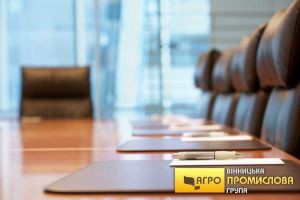 “Vinnitsa agro-industrial group” plans to attract financing in the amount of $ 20 million. This was said by the general director of the group, Vladimir Bartz.

“We hope to raise $ 20 million. We need them to increase the land bank, to attract more equipment as well as construction of oil extraction plant at the facilities of our silos”, – he said.

He also said that the new power plant will amount to 1 thousand tons per day, and increasing size of the land bank will depend on the amount of funds that can be attracted.

“If the amount will correspond with our plans, I think, we will be able to expand for 15 thousand hectares annually. We already have the experience of similar pace of expansion. This entails the flow of financial resources and attracting technology. Spending on Technology Park is about $ 500 per hectare”, – said Vladimir Bartz.

The holding “Vinnytsia agro-industrial group” was established in 2009 to conduct agricultural business in the region.

Today the “Vinnytsia agro-industrial group” holding is a vertically integrated group of companies, which has at its disposal: a land bank of about 50 thousand hectares of arable land in 13 regions of Vinnitsa and 1 district in  Khmelnitsky region; 4 certified elevators with a total storage capacity of 250 thousand tons; 188 units of modern imported equipment for the quality conducting the entire range of field work; qualified staff, amounted to 764 people.

September 13, 2021 — Stockholm, Sweden — Beetroot AB, the tech division of the Beetroot ecosystem, opens a new location in Mariupol, Ukraine. The company is currently accepting applications for over fifty software development vacancies in its international client projects.   In Mariupol, Beetroot will focus on building teams of tech specialists to work on a […]

The land market has started working in Ukraine

In Ukraine, the market for the sale of agricultural land started operating on July 1. From that day on, the moratorium, which has been in force since the country’s independence, has expired. Until January 1, 2024, the right to sell and buy land will be only for individuals (citizens of Ukraine). “Until January 1, 2024, […]