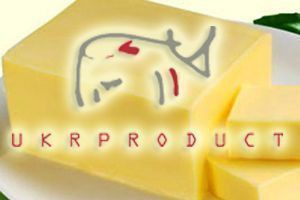 Vegetable fats have been repeatedly found in butter produced in the SE “Starokonstantinovsky dairy factory”. This is confirmed by the state of research in 2012-2014.

The Antimonopoly Committee has fined SE  “Starokonstantinovsky Dairy Plant”, which belongs to the largest Ukrainian manufacturers, the Ukrproduct Group company. The fine amounts to 790.3 thousand UAH. This was reported in the press service of the department.

“According to the results of research trials, which were carried out by state standardization enterprises, for the 2012-2014 in the butter “sladkoslyvochnoe krestyanskoe” of the SE “Starokonstantinovsky Dairy Plant” has repeatedly been identified vegetable fats”, – says the AMCU.

According to the Anti-Monopoly Committee, the company has added vegetable fats in the butter to reduce the cost of products. “It is possible to obtain an unlawful competitive advantage for obtaining illegal profits from the sale of such a product,” – say in the department.

Also, SE “Starokonstantinovsky dairy plant”  spread false information about the affiliation of the dairy product to butter, which is a violation of the legislation on the protection of economic competition in the form of misleading dissemination of information.

The SE “Starokonstantinovsky dairy plant”  produces a wide range of dairy products – butter, spreads, cheese, milk powder and so on. Powdered milk is available both in Ukraine and abroad.

The Bloomberg  News agency estimated the yield a wide range of assets in 2015, ranging from currencies and stock indexes, to commodities and junk bonds. It is in the segment of junk bonds (junk, high-yield bonds) determined the most profitable asset last year – Eurobonds of Ukrzaliznytsia with maturing in May 2018. Investments in this […]

What are the prospects for the development of foreign and domestic business in Ukraine in the next three years? Petro Rondiak, the Chairman of the Board of Winner Group Ukraine At Winner, we have always been optimistic about the prospects of Ukraine. Our investments reflect the long-term intentions for staying in the country. In the […]