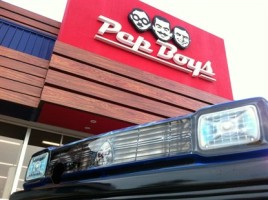 Billionaire investor Carl Icahn made a statement that he is ready to pay for the purchase of the American company of automotive components production Pep Boys – Manny Moe & Jack $ 900 million, that is about $ 16.5 per share.

Such a proposal of Icahn will prevent global acquisition  by Japanese corporation Bridgestone, which offered to make a deal for $ 835 million.

Experts see a clear strategic plan in the actions of Icahn . The  billionaire is already the owner of  the rival of Pep Boys, Auto Plus company. To  block an agreement with Bridgestone will be profitable for him, it will help Icahn to optimize its retail business, so he offers a better price than the Japanese company.

Company Pep Boys Manny Moe & Jack recognized the proposal of billionaire Carl Icahn more interesting, and then, its shares  rose quickly in the market by almost 5%.

The Japanese Bridgestone company, which sells tires and expressed in October 2015, the wish to buy a Pep Boys, now they were given time until next Wednesday in order to make a better offer.

According to Icahn, after he gains Pep Boys he wants to unite the network with spare parts and distributor of auto parts Auto Plus, he bought the company this year from the Canadian Uni-Select Inc. for $ 340 million. According to forecasts in a period of five years  the Auto Plus company should  become one of the largest in the US company that provides services for  cars.

Japan Bridgestone company wanted to buy the company Pep Boys to expand its activities in the United States and create a global network for the sale of tires and repairs service.

Ukraine continues to work on prevention the Russian Nord Stream-2 gas pipeline from operating. The methods by which Kyiv hopes to prevent the launch of the gas pipeline were revealed by the head of Naftogaz Yuriy Vitrenko in an interview with Radio Svoboda. “The battle is lost, but the war is not lost. And our” […]

The American company Pfizer and the German BioNTech announced that their vaccine against COVID-19 is 91.3% effective for at least six months after the second dose of the drug. “Pfizer and BioNTech today announced updated results of an analysis of 927 confirmed symptoms of COVID-19, which were monitored in a key third phase of the […]

PIMCO and other investors appealed to the court with the case against Citigroup, due to the fact that the bank is not able to control the mortgage loans, resulting in $2.3 billion of losses. Citigroup will respond in a New York´s state court in Manhattan for actions that not justified the confidence of investors. Now […]

The “Galychyna Zahid” company concluded an agreement with the Danish IFU investment fund of attracting € 8 million to increase the production capacity. Previously, the company announced the suspension of the implementation of the project for the pig farm construction. The corresponding agreement was signed by the General Director of the Danish fund – Morten […]