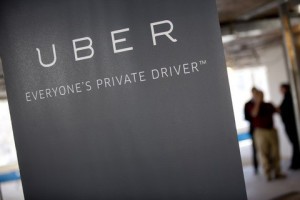 The company plans to raise $ 2.1 billion of investments in a new round of funding. All the necessary documents have been drawn up and passed in Delaware.

The world’s largest taxi service Uber, which head office is based in San Francisco, plans to spend the funds on its expansion, service development in Asia and the implementation of new projects such as unmanned taxi.

In this round of investment participates the largest hedge fund Tiger Global Management, which Uber closed the deal with. In Thursday, 03/12/2015, the Bloomberg News reported that the assessment of Uber amounted to $62.5 billion.  It is noteworthy that in the previous round the company has already received $100 million  of investment from Microsoft. In the fall of 2015, the company had received investments of $ 1.2 million on promoting its service in China.

Source Bloomberg News says that in its documents, including information for investors, says that annual revenues could reach $10 million.

The company currently makes no comment on the negotiations with Tiger Global Management a hedge fund also holds details of the agreement confidential. Interestingly, that Tiger Global Management also invests in Uber competitors the companies Ola, Didi Kuaidi and GrabTaxi, which yesterday announced the intention to cooperate with the company Lyft (San Francisco). These companies are the main Uber’s competitors in the United States.

Today Uber is one of the best start-ups. The service, which was founded in 2009, is represented in 37 countries in 128 cities.

For today the company has raised Uber investments for $10 billion to prepare for the initial public offering and it was a historical record for the US high-tech sector.

On Friday, Buffett’s Berkshire Hathaway announced that it has lost $2 billion on its IBM investment. That’s 15% of the more than $13 billion worth of IBM’s stock that Berkshire has purchased over the past four-plus years. Berkshire says it is still committed to IBM, calling the downturn in IBM’s stock “temporary.” “IBM continues to […]