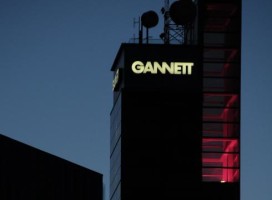 Big changes are planned in the US Gannett company which decided to coordinate the work of their local and national brands in a new group called USA TODAY NETWORK.

On Thursday, December 3, 2015 American media company Gannett  announced the merger of its brands in the USA TODAY NETWORK group to improve the quality of the work and structure of its direction. The Gannett company is the largest publishing house in the US, it owns such popular newspapers as USA TODAY, USA weekend and many others, as well as 23 TV stations and major equity shares  in companies such as PointRoll, BNQT Media Group, Planet Discover, Ripple6 and ShopLocal.

The company will retain brands of its local newspaper and they will no longer be associated with Gannett, but with USA TODAY NETWORK, which will make “sub-brand.”

In a statement Bob Dickey, the president of Gannett said: “Combining our entire trusted brand into a powerful network present a unique opportunity to coordinate, guide and structure the work of more than 3,000 journalists.”

The market capitalization of Gannett Company Inc. amounted to $ 7.15 billion. The discharge volume of shares is based on the level of more than 200 thousand copies. In fiscal year 2013 the company’s turnover amounted to $ 5.4 billion. Operating profit showed the result in $ 3.7 billion and net – stood at around $ 2.1 billion.

This summer, the company’s shares fell 3,6%. And then Gannett Company decided to conduct reorganization, which would raise business and keep it afloat.

In October, it was carried out the transaction of Media Group for $280 mln. And after that the Gannett decided to conduct one more large-scale change.

Also, this strategy also aims to reduce costs and improve the editorial function. It will be redesigned newspapers and their contents. So, local publications will include not only local news and national history. The information in the newspapers will be duplicated on their digital sites while the national newspaper USA TODAY will get more local news from its partners.

The first changes have already taken place in The Courier-Journal in Louisville, the magazine introduced its first new design and logo. According to Gannett, the same changes will be made in other editions, and they will be presented to the public in a new form starting from January 2016.

“Metinvest Holding” LLC, the management company of the largest Ukrainian mining and steel group “Metinvest”, filed a lawsuit to the Alchevsk Metallurgical Plant (ALMK, registered in Severodonetsk, Luhansk region), included in the corporation “ISD” and “Metinvest-SMC” LLC  on totaling more than 5.8 billion UAH. The Commercial Court of Kiev began the production and adopted a […]

Erdogan announced data on gas reserves in the new field