Главная › News › Georgian Manganese, controlled by shareholders of Privatbank, stopped the work of Chiatura manganese mine until the spring 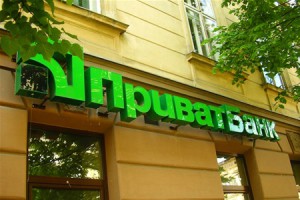 Georgian Manganese temporarily suspends all works on the extraction and enrichment of manganese ore in the Chiatura mine (formerly JSC “Chiaturmarganets”, Georgia, Imereti). According to American Metal Market, the activities will be stopped starting from January 20, due to poor market conditions in the global markets of steel products.

Stop of Enterprice , which is expected to last for four months, will allow the company to reduce the manganese ore reserves that have accumulated as a result of weak demand for manganese, said the representatives of the company.

Georgian Manganese, which is wholly owned by Georgian American Alloys Inc (GAA, USA, Miami) intends to maintain a full-time staff at the enterprise downtime. For employees will retain the right to 60% of their salary and health insurance benefits.

“It was a difficult decision, and we share the disappointment of our employees. But we believe it is only right thing to do at this time,” – quoted in the words of director of Georgian Manganese Vladimir Lozinski.

This states that the company does not expect any disruption in customer service and will continue to carry out the sale and delivery of the products during the period of inactivity.

Georgian Manganese Products are sold in the international markets through the distribution network Felman Trading Inc, which also belongs to the GAA.

Chiatura manganese mine has an annual production capacity of approximately 261 tonnes of manganese ore per year, and about 400 thousand tons of manganese concentrate per year.

In April 2013 it was announced that the company Georgian American Alloys, Inc. acquired a 100% stake of the Georgian company Georgian Manganese Ltd. and Vartsikhe 2005 (together – GM) – a leading Georgian producer and exporter of standard and high-grade silico-manganese. GM has three individual divisions – Chiatura manganese mine, where manganese ore is mined, Zestaponi Ferroalloy Plant, which processes silico-manganese, and hydroelectric power plants Vartsikhe supplying electricity to Zestafoni plant and Chiatura Mine.

Georgian American Alloys, Inc. is controlled by the shareholders of Ukrainian PrivatBank Igor Kolomoisky and Gennady Bogolyubov, who also owns the ferroalloy assets in Ukraine. In particular, these are Nikopol and Zaporizhia Ferroalloys plants.

The AMCU fined the producer of soft drinks for 145 thousand UAH.

The Antimonopoly Committee of Ukraine (AMC) fined the producer  of soft drinks “Etrus” Ltd. for 145 thousand UAH for the dissemination of misleading information about their products. “Etrus” Ltd. gave inaccurate information on consumptive qualities of these drinks because of their method of presentation on the labels of products: Fruttela Orange, Fruttela Citrus and Fruttela […]

The world economy is on the road to recovery amid the pandemic COVID-19, however, the final completion of the corona crisis is possible only in the case of mass use of the vaccine. This was stated by IMF chief Kristalina Georgieva and Chief Economist of Fund Gita Gopinath in their joint paper of the magazine […]