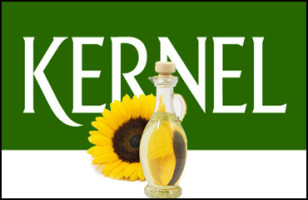 The largest producer of oil Kernel increased its sales of sunflower oil for 7%, grain – felled  by 6% in the II quarter of the 2016 fiscal year.

Kernel, one of the largest Ukrainian agricultural groups, in the second quarter of fiscal year 2016, which began in July 2015, reduced its grain sales by 6% compared to the same period of the previous fiscal year – up to 1.323 million tons.

As reported in the company’s report, posted on the website of the Warsaw Stock Exchange on Wednesday, selling of bulk oil in October-December 2015 increased by 7% – to 297.05 thous. tons, while sales of bottled sunflower decreased by 9% – to 31.036 thousand tons.

During this period the holding company processed 915.4 thous. tons of sunflower seeds, which is 31% more than in the second quarter of the 2015 fiscal year.

According to the document, transshipment of  in export group terminals increased by 18% – to 1.695 million tons.

Kernel explains that the increase in sales took place due to a record amount of sunflower seed processing, which in its turn has increased because of the additional use of third-party plants for processing of an abundant harvest.

Handling of grain at export group terminals has increased to record levels due to the increased bandwidth of Transbulkterminal (Ilyichevsk).

Kernel is a vertically integrated company operating in the agricultural sector in Ukraine since 1994. It produces sunflower oil. It carries out the distribution of bottled oil in the country under the trademarks “Shedryi Dar”, “Stozhar”, “Chumak Zolota”, exports oil and grain, as well as provides services for the storage of grains and oilseeds at the elevators.

The National Bank of Ukraine (NBU) has adopted the concept of a simplified merger of banks. This was announced by the Head of Department of registration and licensing issues of the NBU,  Alexander Bevz,  writes the FinClub. At the same time,  before that the regulator has tightened the requirements for small banks. Those who will […]

The American producer of vegetable meat products Impossible Foods expects that investors will estimate it at $ 10 billion during the listing. The company plans to go public this year, but has not yet decided how to become a public company, reports Reuters, citing knowledgeable interlocutors. According to them, the company is now exploring the […]