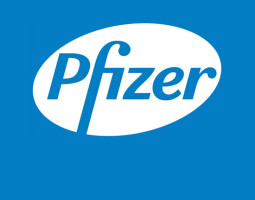 The “Genotropin” drug, series MO5229, is forbidden to realization, storage  and using according to the information received by The State Service of Ukraine on Medicinal Products from the regulatory body field of quality control of medicines in Denmark.

The series M05229 of “Genotropin” drug was banned for implementation (commerce), storage and use on the basis of information received by SSMP from the regulatory authority in the field of quality control of Danish medicines and “Pfizer Ukraine” company.

The Reasons for withdrawal are not disclosed.

Business entities that carry out the implementation (commerce), storage and use of this drug, should immediately check availability of the drug, make arrangements for its withdrawal from circulation by returning to the supplier (producer) and / or further transmission to the disposal or destruction. They should also notify the territorial body of The State Service of Ukraine on Medicinal Products about the  execution  of Order  ?577-2.0.1 / 2.0 / 17-16 from January 14, 2016.

The Pfizer Company has been founded in 1849 in Brooklyn, with its headquarters in New York. Starting with a modest manufacturing of fine chemicals, Pfizer became the largest pharmaceutical company, a leader of the global pharmaceutical market.

Pfizer will test its COVID vaccine in children under 12 years of age. Radio Svoboda reported this with reference to the company’s statement. The study will involve up to 4,500 children in the United States, Finland, Poland and Spain. The drug is already approved for use in emergencies for adolescents 12 years and older in […]

Shares of AstraZeneca are down 1.7% due to discontinuation of trials of COVID vaccine

Shares of the British-Swedish pharmaceutical company AstraZeneca on the London Stock Exchange (LSE) are down 1.69% after reports of stopping trials of the corona virus vaccine, according to trading platform data. Securities lost 1.69% in value, dropping to 82.07 pounds sterling. The basic index of the British stock market FTSE 100 on Wednesday traded in […]