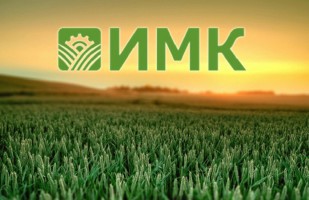 The  “Industrial Milk Company” Agricultural holding (IMC, Kiev) plans to build a dairy farm for 700 heads in the Repkinsky district of the Chernigiv region until 2018.

This was announced by the  CEO of the company Alex Lissitsa.

According to him, the company intends to modernize the dairy complex in the Repkinsky district in the north of the Chernigiv region.

“There will be built a modern farm in 2 years for 700 heads, the total investment is about 27 million UAH.  We have already begun this procedure. This year will be brought the first 300 heads, and 400 heads  the next year”, – Lissitsa said.

Also, “IMC”  plans to start modernization of the dairy farm in the village Trostyanets (Chernihiv region)  next year.

“Today, we are restructuring the dairy business – reducing the livestock, but, at the same time, we increase the productivity of the cattle”, – said the CEO.

Lissitsa also added that the whole dairy business restructuring program is designed to 2018 and provides for a budget of about 100 million UAH.

The company was founded in 2007 by the former owner of the “Cheese Club” corporation, Alexander Petrov. The company works  in the production of large-scale grain, forage, oilseed, and milk.

The world has heard  enough discussions which concern the resonance Donald Trump’s win in the USA elections.  Everyone has the right to express their position. America  has done their choice. Now, when the post-electorial   ethereal has gone, it is the high time to speak constructively. Benjamin Franklin, one of the founders of American Constitution,   declared: […]

Radisson Hotel Group is proud to be the world’s first hotel group to make all meetings and events across 400+ hotels in its EMEA portfolio carbon negative. For every event taking place at its participating hotels, Radisson Hotel Group will offset double the carbon footprint, to ensure that every meeting has a positive impact on […]