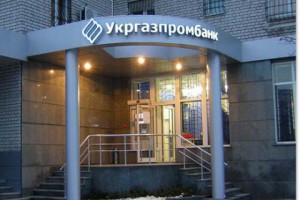 March, 14 Kyiv District Administrative Court declared illegal inactivity of the regulator in relation to the “Ukrgazprombank”, which was declared insolvent in 2015, and now goes into liquidation.

The lawsuit was filed by one of the contributors of the Ukrgazprombank – “Trading House Sanko” LLC , writes the  FinClub.

In August 2014 the company has opened a bank checking account, in which the account transactions from 9th  till 23rd  February 2015 were not settled by the “Ukrgazprombank”.

In April the bank entered a temporary administrator, and in September it was sent to the liquidation. October, 16  the company “Trading house Sanko” appealed to the Individuals Deposits Guarantee Fund with the application for recognition itself as a creditor. The company has not received the answer.

The complainant suggested that the Individuals Deposits Guarantee Fund will not satisfy its creditors’ claims, because the value of the assets  of the “Ukrgazprombank” is less than its liabilities.

But they sued not upon the Guarantee Fund (the law does not oblige the liquidator to send letters to the creditors of the acceptance of their demands, and the Fund does not guarantee payment with all bank loans), but upon the National Bank.

“Sanko” asked the court to recognize illegal inactivity of the National Bank from November, 2014 till April, 2015 with respect to the failure of adequate, immediate and decisive action, the timely application of adequate measures of influence to the “Ukrgazprombank”.

Also, “Sanko” asked to recognize illegal inactivity of the National Bank of Ukraine to protect the interests of depositors regarding the safe storage of funds on bank accounts.

The Court found that from October, 2014 to April, 2015 the NBU has not taken the necessary measures to prevent the impact of the deteriorating of the “Ukrgazprombank” financial situation (restriction of operations, a ban on the issuance of unsecured loans, the introduction of special control).

The National Bank has responded by saying that the application of measures of influence to the bank it is its own “right”, rather than “duty”. The judge ruled that argument unconvincing, because if the activity “Ukrgazprombank” was limited, the plaintiff would not have a problem with the refund.

As a result, the court sided with the plaintiff and satisfied its requirements in full: the inaction of the National Bank during the period from November, 2014 till April, 2015 with respect to the impact of failure to act “Ukrgazprombank” declared illegal.

The company “Sanko” refused to comment on the trial.

As reported, the National Bank on September 14, 2015 adopted a resolution on liquidation and revocation of the banking license of  the “Ukrgazprombank”, PJSC.

McLaren has introduced a new convertible

The car manufacturer McLaren has introduced a new sports convertible McLaren 765LT Spider. The sports car is equipped with a 4-liter twin V-8 turbo engine with 755 horsepower and 590 Nm of torque. The car accelerates to 96 km / h in 2.7 seconds. The maximum speed reaches 280 km / h. It is reported […]

Microsoft has named the date of “death” of Windows 10

Microsoft will stop supporting Windows 10 on October 14, 2025. This was reported by the company’s press service. Thurrot writes that this means the date of the “death” of Windows 10. The publication adds that the new generation of operating system, which Microsoft will present next week, will not be called Windows 10, at least, […]