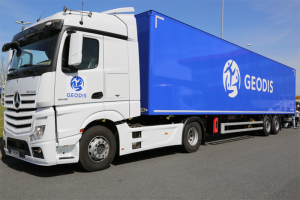 According to the Wall street journal, the French regulatory authority has fined 20 firms engaged in the delivery for 672 million euro. The reason for this decision of regulators is financial fraud of companies, that administered prices through collusion for six years. The companies  violated the law in the financial sector and in the field of antitrust activity.

French Regulators report that the management of companies collected within the industry group TLF, where negotiations over the cost were held. Such meetings were held from 2004 to 2010.

Of all the companies that were fined, the highest total will pay Geodis (the largest logistics company, which is engaged in cargo transportation), it is a part of the state railway company SNCF. During the machinations of finance and violation of the law, the company Geodis pay a fine in the amount of 196 million euros. Also among those who pay such a large fine are international companies that deal with shipping like: DHL, FedEx and TNT. According to analysts, the incident could undermine the trust of customers’ companies.

In addition, regulatory authorities of France fined 15 companies which agreed on the adjustment of fees for fuel in the delivery of parcels from 2004 to 2006 for 1.4 million euro.

A considerable amount of the fine in the amount of 55.1 million euros will pay  the postal service Royal Mail (UK), in order to resolve the conflict with the Anti-Monopoly Committee of France. Regulatory authorities have questions about GLS service delivery business (the details of the agreement was not disclosed).

Pfizer reported earnings below estimates and lowered its annual forecasts

Shares of Pfizer decreased by 3.2% since the beginning of the year, fell by 1.65% on Tuesday after the company announced the results of the third quarter, which ended on September 30. Pfizer reported a 4% drop in earnings per share (compared to the same quarter in 2019) to $ 0.72, but this was slightly […]