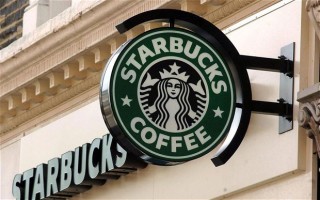 Starbucks reported its biggest profit of all time in the UK, and it can serve as a long-term completion of a tax dispute with the British government.

After the company was involved in a major tax scandal in 2012, when it was accused of tax evasion, Starbucks paid UK a large sum of income tax for the first time this year.

The results show a desire to change the attitude of the British government to the Starbucks, to draw a line in the tax scandal and build a compact and successful business through actions such as the francise transferring of 74 companies’ places. Jeffrey Young, Managing Director of Allegra Group commented that the company is ready to develop and expand in the UK, the demand in the coffee market is growing, and this step aims to get rid of an expensive lease, which prevents us to take the path of growth for many years.

There are a lot of comments about Starbucks decisions, including, among applications bloggers  said that the British government knowingly accused the company of violating tax laws, Starbucks was not able to pay, because they had no income because of the high price for rental of premises .

Starbucks is one of the largest companies for coffee saling in the world and it has a lot of coffeehouses in the world. In the third quarter of 2015 the profit rose 22.3% on a year-on-year basis , to $ 626.7 million. Starbucks Profits per share were $ 0.41 versus $ 0.34 last year, and this justified the predictions of experts. The company’s revenue for the third quarter increased for 17.5% to $ 4.881 billion. In the third quarter, the company opened 431 new coffee houses, which is 87% more than in the 2013-2014 fiscal year.

The tax authorities said they would closely monitor the activities of the company for it does not “merge” cash and does not hold any financial fraud at a profit.

Lev Partskhaladze: “Business should feel the support of the state”

On December, 23 this year it was a private press conference with the representatives of the Ministry of Regional Development, Construction and Housing of Ukraine. The meeting was attended by: Lev Partskhaladze (Deputy Minister of Regional Development, Construction and Housing), Oleksiy Honcharuk (head office of effective regulation – BRDO) and Olena Shuliak (Sector Manager of […]