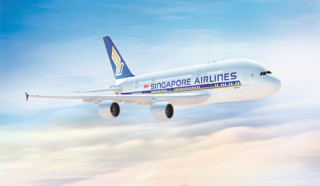 One of the largest airlines in Singapore  – Singapore Airlines recently named the price for the shares in the acquisition  of the budget carrier Tiger Airways, which is about $ 0.10 per share.

Today the Singapore Airlines company already owns a 77% stake in the Tiger Airways, a final deal on the acquisition  initially planned to close in January 2016, but later on the website of Singapore Airlines was reported that the timing of closing the deal shall be extended until  February 5, 2016.

Through  the acquisition of Tiger Airways, Singapore Airlines plans to expand its fleet and  as well as delisting of shares in budget carrier.

Tiger Airways is the cheap Singapore Airlines, founded in 2004, which operates flights to Southeast Asia, India and China. According to the information at the end of the 2015 fiscal year, Tiger Airways revenues totaled  $ 495 million.  In its park there are 25 aircrafts, mostly model Airbus A320. The Tiger Airways is considered to be the leading low-cost company in the Asia-Pacific region, which a few years after the foundation  brought big profits  to its creators.

The Singapore Airlines is the largest national company in Singapore, which operates since 1947. The airline operates flights to 90 airports in 40 countries. The airline has launched the world’s first commercial operation of the new double-deck aircraft Airbus A380. Within a few years the company was estimated at 5 stars out of 5 possible consulting company Skytrax.

The acquisition deal estimated by experts ambiguous. On the one hand, it is possible to create a large air carrier in Singapore that provides quality services and on the other – a lot of people are concerned that the process of restructuring can change the pricing policy of the company, and the flow of customers will decrease.

National Bank of Ukraine (NBU) classified Avant-Bank (Kyiv) as insolvent. The decision approved by the Decree №44 of January 29, 2016, presses the service of the National Bank. NBU explained the decision as the shareholders of the bank have no “clear plans for the replenishment of the bank’s liquidity and default of customers’ operations within […]