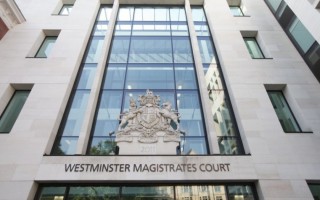 In London is being heard the case about the manipulation of European interbank rates Euribor. The defendants are  11 former employees of large financial companies such as Deutsche Bank, Barclays and Societe Generale.

Investigations about collusion in the setting of international bank rates is maintained by regulatory authorities for more than two years. The first high-profile case was opened in 2012, where the defendant is the Barclays bank. The bank was awarded to pay a fine of $ 450 million. Also in about 10 financial institutions were prosecuted, the largest amount of the fine, which the respondent had to pay was $ 2,5 billion, this amount has been set for Deutsche Bank.

European Interbank Offered Rate, EURIBOR is the average interest rate on interbank credits, which are issued in Euros. Calculation and publication of the bet size are carried out daily at 11:00 am Central European Time, on the basis of information provided by the ten largest banking institutions (the defendants were among the employees of these banks).

Regulatory authorities thoroughly investigated the cases on manipulation of interbank rate Euribor for financial companies, the total amount of penalties to banks and brokerages  was $ 9 billion. Also, about 30 individuals fell under suspicion of regulators.

The American company Pfizer and the German BioNTech have applied to the European Medicines Agency for registration of their coronavirus vaccine. The announcement was published on the BioNTech website. “On Monday, November 30, Pfizer and BioNTech filed a formal application with the European Medicines Agency for a conditional authorization to use their COVID-19 candidate vaccine […]

The AMCU starved the Ukrainian company of the brand Rehau

The Antimonopoly Committee drew the line under the proceedings between the Ukrainian “daughter” of the German firm Rehau and its namesake –  the Kyiv production company Rehau. Both work in the window market under the Rehau brand. By the decision of the AMCU the Rehau production company is obliged within a month to abandon from […]

Microsoft has named the date of “death” of Windows 10

Microsoft will stop supporting Windows 10 on October 14, 2025. This was reported by the company’s press service. Thurrot writes that this means the date of the “death” of Windows 10. The publication adds that the new generation of operating system, which Microsoft will present next week, will not be called Windows 10, at least, […]

According to the results of last year, Ukrzaliznytsia received a net loss of UAH 11.9 billion against a profit of UAH 2.988 billion a year earlier. This is stated in the company’s financial report. The company states that the financial result was significantly affected by a decrease in revenues from freight and passenger traffic – […]