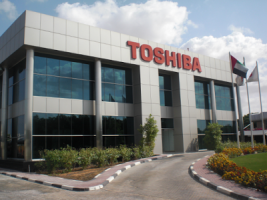 The recent scandal with financial fraud and losses of $ 4.5 billion in the Toshiba Company led to the fact that the Japanese giant’s shares collapsed by 43%.

Toshiba is the oldest Japanese manufacturers of electronics and  has been on the market for 140 years. All events that occur in the company significantly affect the Japanese economy.

In order to stop the  falling shares, minimize costs and regain the trust of investors, Toshiba planned staff reductions. Layoffs will affect those employees who are involved in the consumer sector of the company (production of refrigerators, computers, television sets  and other household appliances). So Toshiba hopes to streamline business operations by reducing the productivity of its  plants. Also, Toshiba plans to abandon the development of new models of  TVs and sell its plant in Indonesia. As a result, the total number of cuts  could reach up to 10,000 employees.

Toshiba’s  apart from spending cuts is required a massive restructuring. In its official statement, Toshiba said that with such a plan, they hope to bring back investors and once again become a profitable company.

Lawyers say that Toshiba needed to be restructured , which would be aimed not only at reducing production but also in raising the image of the company, which does not stand up to competition  with other electronics manufacturers, although in fact they are the innovators in this area – in 1985, Toshiba was the first company who released an affordable notebook.

After the adoption of Toshiba’s decision to reduce staff and narrowing the sphere of production, some analysts are talking about the success of the company’s decline and visual problems in the field of management in Toshiba.

In August 2015, the company pleaded guilty in the fact that artificially overestimated data in the financial statements for 2008-2009 and then its shares immediately fell by almost a half.

The Australian company got rid of the gas field in Ukraine

Antimonopoly Committee of Ukraine has approved the deal Cyprus company Fundamentum KCG Limited with representative of national business OOO Development Foundation. The decision was published on the official website of the Ukrainian regulator on January, 27 of this year. According to publicly available information, the foreign conglomerate will carry out the acquisition of a controlling […]

Visa and BioConnect to create a new application soon

Visa in conjunction with BioConnect will promise to provide a new service which will give an opportunity to their clients to undergo the procedure of biometric authentication, using the application on their phone in the nearest future. According to developers of the program, such innovation is a fine alternative to passwords use. In addition, the […]

Agricultural holding “Industrial Milk Company” (IMC) is planning to raise $ 20 million funding from the European Bank for Reconstruction and Development for appending of the floating capital. According to the bank’s website, the board of directors plans to consider the relevant draft at the meeting on April 20. The total cost of the project […]

The Hungarian-Polish low-cost airline has decided to return to the Ukrainian market. The Loukost Wizz Air is seriously considering the possibility of expanding its presence in the Ukrainian market. This was told by the CEO of the airline Jozsef Varadi in an interview to the  Polish portal fly4free.pl. “We see that the situation in Ukraine […]