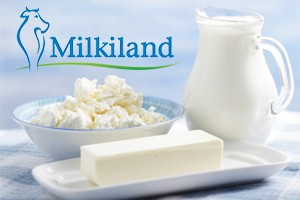 After the closure of the Russian market, Milkiland  determined priority markets of the European Union, the Middle East and China. CEO of the company Anatoly Yurkevich said it in an interview with “Business.”

“We see a very simple way out of this situation: work in the domestic market, beginning to develop and manufacture products for new markets and try to enter them”,  – he said.

According to him, the main problem of enter new markets is that Milkiland produces mainly b2c products (finished products to the final consumer), so the company must take into account the traditional taste preferences of each country.

“For example, cheese should be much saltier and drier for the Arab than for Ukrainians or Russians. China practically has no the tradition of cheese consumption, and consumer tastes look very exotic  for us. And vice versa: the taste that we perceive as a creamy, soft and balanced, the Chinese consider exotic “, – says Anatoly Yurkevich.

Meanwhile, he notes that Milkiland decided to work in the European market niche in the premium segment.

“We have just started to enter the Europe. There is a Ukrainian diaspora which is willing to buy our products such as they are. At the same time we would like to propose them such products which they accustomed. In smaller quantities we produce such products, but to increase sales will require significant marketing efforts “, – he said.

At the same time, says Yurkevich, the company has decided to operate in the European market niche in the premium segment, as the mass market makes it impossible to recoup the cost of credit resources.

Parliament of Ukraine abolished the mandatory registration of foreign investments

The deputies of the Verkhovna Rada of Ukraine (VRU) supported in the second reading a bill amending the law on the abolition of mandatory state registration of foreign investments. For document №2763 on Tuesday, May 31 voted 259 MPs with the required minimum of 226 votes. This bill will help to create the conditions to […]

Ukrainian startup Petcube,  which successfully sells  gadgets for pets, has attracted an investment in amount of $ 2.6 million from such investors as Almaz Capital and AVentures Capital, which previously invested in the start-up $ 1.1 million.  Also, in the round participated legendary business incubator Y Combinator; Ukrainians got into the program of the Y […]

The head of Ford is leaving the company

Jim Hackett, president and CEO of Ford Motor Company, intends to resign. This is stated in the statement, published on August 4 on the company’s website. The new head of Ford from October will be Jim Farley, who is now the company’s chief operating officer. As specified in the document, Hackett in the coming months […]