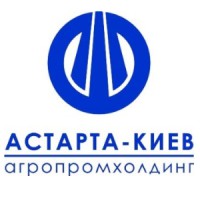 According to the CEO of Astarta, Victor Ivanchik, the investment plan has already been approved. The money also will be spent on the modernization of agricultural production and technology, modernization of sugar factories.

The total investment of agricultural holding Astarta for 2016 remains at the level of 2015 and amounts to € 24 million, 60% of them are investments in agricultural production, 30% -sugar  production, 10% – other business segments. In particular, this year planned investments to increase the capacity of 2 elevators (60-80 ths. tons) and the purchase of equipment.

Viktor Ivanchyk, the general director of agricultural holding said about this:

“As in 2015, characteristic of the rotation remains a significant part of the sugar beet, wheat, soybean, corn and sunflower. Condition of winter crops is satisfactory, not all winter crops sprouted in eastern Ukraine. Spring will show the true situation, but we are ready for any option”.

For spring planting fertilizers and seeds were purchased. Fully signed contracts for the supply of plant protection products. In the process are contracting on fuel.

“The approximate price of diesel fuel is seen at 13.5 – 14 thousand UAH / ton” – Said the director of the company.

In general, over the last 10 years the amount of investment in business development of “Astarta” amounted to $ 500 million.

Astarta is the agricultural holding, the main business areas of which are the production of sugar and related products, grains and oilseeds, as well as milk and meat. The company is the leader of the Ukrainian sugar market and one of the largest milk producers in the country.

According to the CEO of Astarta, Victor Ivanchik, the investment plan has already been approved. The money also will be spent on the modernization of agricultural production and technology, modernization of sugar factories. The total investment of agricultural holding Astarta for 2016 remains at the level of 2015 and amounts to € 24 million, 60% […]

McDonald’s will cook burgers in a new way

McDonald’s F 32 has officially announced changes in the process of cooking its burgers. The buns will become softer and darker, and the company will bake them according to three different recipes. McDonald’s promises they will not have flavor enhancers: only natural ingredients to improve texture, frying and taste. The size of the buns was […]

Almost 100% of the shares (99.83%) of Kherson heat and power plant will be re-auctioned by the State Property Fund of Ukraine. According to preliminary data it will be held on March, 16 of this year on sale with a starting price of 155 million UAH. It is reported by the source Sehodnia.ua. Terms of […]