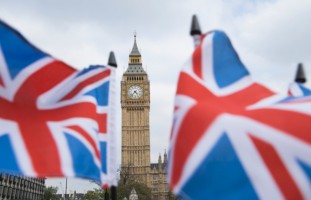 The new draft law on telecommunications in UK suggests that companies, mobile operators, Internet – companies will have to keep the data  about activity of  their customers online for one year, and this will enable special services to require  this data  if necessary and  to read them.

According to the information of the British Government,  data will be taken from all devices: computers, laptops and smartphones. This would help the government in the fight against terrorism, in the search for dangerous criminals, missing persons and other investigations.

Such big companies like Google, Facebook, Twitter, Yahoo, Microsoft and Apple have opposed the adoption of such a law. Companies argue that the law violates the rights of users. Apple representatives said that the law will paralyze the activities of transnational corporations, since different countries have contradictory legislation in this area. Apple also believes that such tactics will not help the  Government in  its fight against terrorism,  because criminals will find other ways to encrypt information.  Thus are endangered ordinary citizens, whose data are disclosed.

The  Government received the arguments of Apple, but so far they  do not comment on them. In turn, they argue that such measures would provide  new and effective conditions for  web surveillance.

Many human rights activists also sharply criticized the new British law. According to them, it violates civil rights and freedoms, as well as some of its provisions are vague and ambiguous.

The Austrian investors to construct the new plant in Ukraine

The leadership of the Ukrainian industrial complex of LLC “Zakhid Agroprodukt” has reported to the mass media about receipt of the perspective offer from the Austrian investors. Foreign entrepreneurs whose names haven’t disclosed yet took the initiative to invest about 2 million euros in the development of the entity in the territory of the Ternopil […]