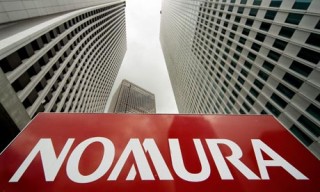 Many  large Japanese companies continue to expand  their presence in the international financial sector, they invest  to promising companies.

Representatives of the company Nomura Holdings said that the  deal will be closed in the first half of the year 2016. This agreement will be the largest investment company since 2007, when it acquired Instinet for $ 1.2 billion.

Koji Nagai, the CEO of Nomura Holdings, in his presentation to investors, said: “This acquisition will enhance the ability of Nomura Holdings in sales, it is a great honor to Nomura to enter into a long-term cooperation with American Century Investments, since this is a successful and proven investment management company; combining Western and  Eastern ambitions  will help to achieve a great success in the future.”

At the closing  of the transaction, which is expected in the first half of 2016, Nomura will name two of his representatives  on the board of directors of American Century Investments.

Nomura Holdings Company is seeking to expand spheres of influence outside their native country. To this end, it has acquired a Taiwanese investment share in ING Groep NV, as well as created a venture fund with a Chinese company Capital Management  last year.

Shares of Intel fell 2.6% in non-trading time after the American chipmaker announced its results for the first quarter and gave a forecast for the whole of 2021. The main figures of the Intel report Intel reported earnings per share decline in the first quarter of 4% (compared to the same value in 2020) to […]

Ukrainian startups have attracted a record amount of investment