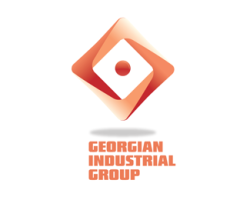 The Georgian Industrial Group purchased 25% of the Ukrainian pharmaceutical company, which is 70% owned by the state.

This information was published by the Antimonopoly Committee of Ukraine (AMCU) on Thursday.

According to the AMCU, GIG group operates in coal markets, electricity generation and gas supply, automotive, real estate, media services, and invests in various sectors of the economy.

According to the AMCU, the control over the GIG group provides a private individual – a citizen of Georgia.

As reported, the Antimonopoly Committee of Ukraine allowed the Luraq Investments Limited to purchase shares of the “Indar”, PJSC, which provides the excess of 25% of the votes in the supreme governing body.

The “Indar”, PJSC is included in the list of state property objects of strategic importance to the economy and security of the state, approved by the government decree №83 dated 4 March, 2014.

GIG is the largest holding company in Georgia, with headquarters in Tbilisi. It was founded in 2006 by David Bezhuashvili, who is a member of the Georgian parliament from the ruling United National Movement party.

US President Donald Trump canceled the trade negotiations with China due to pandemic of coronavirus. The American leader has accused China in the spread of the virus in the world. The information was reported by Bloomberg. The trade agreement concluded in the first stage, which came into force in February, ensured a discussion of the […]

The State Administration of Market Control on Saturday, April 10, announced a fine of 18.22 billion yuan ($ 2.78 billion) from Alibaba for antitrust violations. This is stated in a statement published on the regulator’s website. “Impose a fine of 4% of the company’s domestic sales for 2019 of 455.712 billion yuan, which is a […]