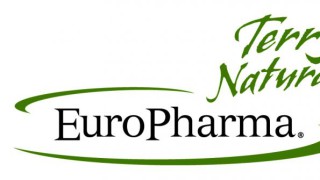 Foreign pharmaceutical company Euro Pharma International is building a new pharmaceutical plant in Kiev Svyatoshinsky district, Kyiv region. The first phase of the project start is scheduled for autumn 2016. To date, the company estimates the volume of investments of $ 50 million.

“I am very pleased that the foreign investors are interested in our region. There are many plans and the desire to realize as much quality and prospective projects as possible that will improve lives of people in the region, will provide people with new jobs, decent wages. Euro Pharma International is a prime example of how to develop and build its business in Ukraine. This is a positive signal for many investors who still doubt “- quoted the first deputy head of the Kyiv regional state administration Leo Partskhaladze in Kiev territorial organization of the party “Block Poroshenko “Solidarity”.

According to the CEO of the company Buscem Vaara, Euro Pharma International will employ about 1,000 people. In addition, he promised that the cost of drugs, which will be produced at the plant in Ukraine, will be much lower than those analogues, which are delivered in the country today.

Bassem Vaara also noted that the new pharmaceutical production will be guided by the recommendations of the World Health Organization, according to which each country should ensure its domestic market specific list of self-made medicines affordable.

As stated on the company’s website, it is registered in Ukraine in July 2014. The business is owned by large European investors, entry of several foreign companies is planned for the near future. The company operates in three areas: the import and wholesale of pharmaceuticals, provision of services for the promotion of drugs for the pharmaceutical manufacturers, the production of drugs.

Eli Lilly and Regeneron have applied to the Food and Drug Administration (FDA) for the permission to use emergency coronavirus drugs. Eli Lilly conducted clinical trials with the placebo group, as a result of which the drug has proven its antiviral action. Regeneron did not provide the research data, but the company’s drug was widely […]