Главная › News › Mriya has provided a social assistance to local communities in the amount of 22 mln. UAH 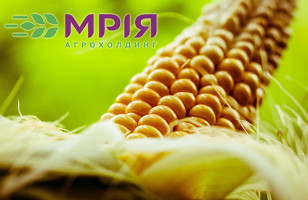 Since the affiliation under the control of creditors in February 2015, “Mriya” Agro Holding paid 192.4 million UAH of tax payments to budgets of all levels. In addition, last year the company provided social assistance to local communities of six regions in Western Ukraine (Ternopil, Khmelnytsky, Chernivtsi, Ivano-Frankivsk, Lviv, Rivne), which carries out its activity for the total amount of 22 million UAH.

This is stated in the report of the company.

These funds have implemented a number of social projects in the area of ​​improving the region’s infrastructure, education, medicine, spirituality, landscaping, culture and sport, helped the fighters ATO, and targeted assistance to the population, purchased gifts for children for the holidays.

“Our main partners are the owners of these land shares, which have entrusted their land to us for processing. Therefore, social policy of Mriya is providing an assistance in the amount of 100 UAH for each hectare of land. We started a new stage in the history of the Company, showing not only the social responsibility of agricultural holdings, but also European business standards. First of all, it is transparency, honesty, payment of appropriate taxes to the state, official employment and salary of all staff members, the timely payment of rent shareholders, responsible attitude to natural resources “, – said the General Director of Mriya Agro Holding, Simon Cherniavsky.

According to the report, the most large-scale social projects implemented by  Mriya in 2015 are the repair of roads in Ternopil, Khmelnytsky and Chernivtsi regions in the framework of public-private partnerships, help for ATO fighters, creating a berry cooperative in Kozovo district in Ternopil region.

“Social Enterprises budget has already been formed in 2016 and will also be aimed at solving urgent problems of human settlements, where Agro Holding cultivates land, as well as the creation and development of cooperatives”, – reported in the company.

The State Fiscal Service of Ukraine imposed a fine on Philip Morris Ukraine. In turn, the tobacco company believes that the claims of the Department of tax and customs audit of the SFS for 4.1 billion. UAH are unfounded. “Now the fine is not yet accrued officially. The verification was completed on May 10 and […]

Ukraine had remained in the top-10 steel producers

In May Ukraine produced 2.3 million tons of the steel. This figure is to 5.7% higher than was in the same period in 2015. This is confirmed by the monthly data of the international organization World Steel Association. It is a non-profit organisation with its headquarters in Brussels, Belgium and a second office in Beijing, China, […]