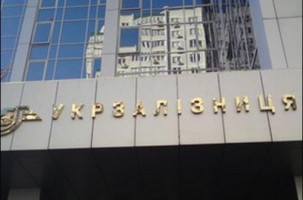 The Bloomberg  News agency estimated the yield a wide range of assets in 2015, ranging from currencies and stock indexes, to commodities and junk bonds.

It is in the segment of junk bonds (junk, high-yield bonds) determined the most profitable asset last year – Eurobonds of Ukrzaliznytsia with maturing in May 2018. Investments in this debt could bring per year almost 90% yield, surpassing even the yield of the Jamaican stock index showed a year + 83% (the leader in the segment of shares) and the most profitable currency in 2015 – Somali shilling (18% per year).

Analysts said that such dynamic displays rather than the height of the take-off, but the depth of the fall in the value at the beginning of last year, which managed to recover stocks.

In many ways, the growth of the value of their bonds, Ukrzaliznytsia  should be grateful to the macroeconomic stabilization in the country and the exit of the pre-default state of Ukraine, which reflects the growth and profitability of the sovereign debt of Ukraine, which was successfully restructured. For example, the issue of bonds  maturing in September 2020 showed a 50% yield, largely setting the trend in the cost of other quasi-traded debt securities, the most striking of which is the ultrasound.

Shares of Ford Motor Co dropped to 1.93% on Friday after the closing of trading on Thursday, automaker reported results of achievement in three months from April to June. Since the beginning of the year, Ford shares have fallen by 28.9%. Ford Motor reported second-quarter losses of – $ 0.35 per share, which is better […]