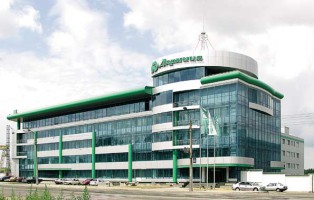 The AMCU has fined the “Darnitsa” pharmaceutical company for more than 20 thousand UAH due to the violation of the law “On Protection of Economic Competition” in the form of the acquisition of 30% stake in the “Borshagovskyi  CPP”, JSC (Kyiv) without relevant regulatory approval.

This was reported by the press service of the AMCU.

As reported, in January 2016 the AMCU  allowed the “Darnitsa Pharmaceutical company”, JSC to acquire more than 50% of the shares of the “Borshagovskyi  CPP”.

In turn, in a statement of the “Borshagovskyi  CPP”, it was reported that the company does not negotiate about selling a controlling stake and they involved the international consultants to provide references for the definition of value of the enterprise and to protect the enterprise from non-amicable actions.

The shares of the company gained the financial company “Cube”, that represents the interests of “Darnitsa”. The trades were conducted by the “Perspective” Exchange. The initial price of the package amounted to 143 million UAH.

The vast majority of Chinese people are ready to abandon produced by the American company Apple devices in favor of the application for instant messaging WeChat. A sociological survey of more than 1 million people in China noted, that almost all are willing to renounce the use in everyday life of products produced by Apple. […]

The Roshen Confectionery Corporation plans to invest € 25 million in the construction of the second stage of the Vinnytsia dairy plant. This was announced by the director of the plant Dmitry Roshupkin, – writes the  “Interfax-Ukraine”. “We have already started designing the second stage, the first piece of equipment has been already in order. […]