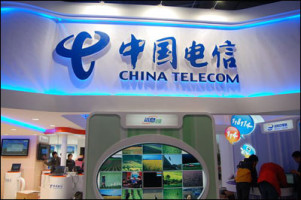 The director of a large state enterprise telecommunications, China Telecom was accused by the Chinese government  in corruption. In particular, the government accuses the CEO Chang Xiao Bin in the “global misconduct of the party”, – reported on the website of the Chinese government. The Central Disciplinary Commission opened an investigation into the case.

It is reported that since the beginning of the week the Director of China Telecom is disappeared. China’s regulators do not disclose the  details of the investigation and details of the charges at the moment.

Previously, Chang Xiao Bin was head of China Unicom,  the enterprise is also the largest telecom operator in China. And in September 2015, he headed the board of directors in China Telecom. The government reported that the plan was to combine the two businesses into one.

Within the broad anti-corruption campaign launched by China in 2013, this year were condemned many of the major figures and businessmen. In  autumn got three years  of prison the director  of one of the biggest energy companies China National Petroleum – Jiang Jiming. In the summer, the former director of car manufacturer FAW Group – Xu Jian was expelled from the party and brought him a criminal case. Also, charges of violating anti-corruption laws received the head of one of the largest brokerage firms – CITIC, Cheng Bo Ming and Shen Hao, who led the financial group “XXI Century”.

In the case of confirmation of charges, the director of China Telecom faces a serious responsibility. Corrupt acts are punished in China strictly in accordance with applicable law. The aggravating circumstance is that Chang Xiao Bin has disappeared and does not provide any arguments in his defense.

The Japanese company Fujikura opened a plant in the Lviv region

The opening of the plant of the Fujikura company in Ukraine should be a strong signal to all investors willing to believe in our country. The President of Ukraine Petro Poroshenko wrote about this in his Twitter after the opening of the new plant of Fujikura  in village Pidryasne near Lviv. “You will not find […]